Menu
Home > Our Impact > Our Bodies, Our Blog > Pros and Cons of Making the Birth Control Pill Available Without a Prescription 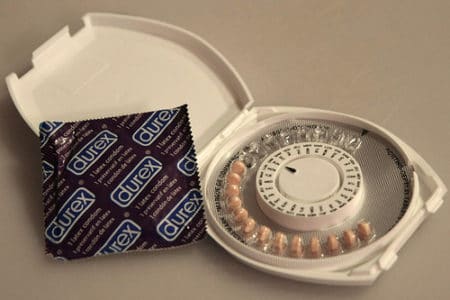 Though it won’t be as accessible as condoms, health experts are proposing to make the birth control pill available without a prescription. Photo / Jenny Lee Silver

This month, the American College of Obstetricians and Gynecologists released a statement calling for oral contraceptives to be sold over-the-counter, no longer requiring a doctor’s prescription.

ACOG considered a host of issues, including the safety of birth control pills; whether pharmacists could screen for who shouldn’t get them, or if women could self-screen; adherence to taking the pill; whether women would skip other preventive care if they didn’t visit a health care provider for a prescription; and cost.

Notably, ACOG addresses frequent objections to OTC oral contraceptives by concluding that “several studies have shown that women can self-screen for contraindications,” and “cervical cancer screening or sexually transmitted infection (STI) screening is not required for initiating OC use and should not be used as barriers to access.”

As Kevin Drum points out at Mother Jones, most countries outside of North America and Europe do not require a prescription for these drugs.

ACOG notes, though, that making the pill non-prescription might increase the cost for women who have health insurance — especially since under health care reform, contraception can be purchased without a co-pay. Over-the-counter costs might end up being anything from the $4 deals many pharmacies offer to more than $100. Dr. Kent Sepkowitz also explores this concern at The Daily Beast:

Yes, your life is easier because you will be able to get the pill right this second, without calling my office. No, you don’t need to fill out forms and show insurance cards and wrangle over copay. But guess who is paying for the whole shabang? You. Yes, you.

Another concern is that if the pill were dispensed by pharmacists, we might see the more of same kinds of refusals as have happened with emergency contraception.

However, many patients may experience increased access with an OTC model. The National Latina Institute for Reproductive Health issued this response:

The recommendation that birth control be available over-the-counter supports what we know about Latinas and contraception: over-the-counter access will greatly reduce the systemic barriers, like poverty, immigration status and language, that currently prevent Latinas from regularly accessing birth control and results in higher rates of unintended pregnancy.

Another professional medical organization, the American Academy of Pediatrics, issued a statement recognizing high teen birth rates in the United States and barriers to access to emergency contraception for adolescents 17  and younger. The AAP strongly admonishes pediatricians who refuse to discuss or provide contraception to teens based on their own beliefs, stating:

Pediatricians have a duty to inform their patients about relevant, legally available treatment options to which they object and have a moral obligation to refer patients to other physicians who will provide and educate about those services. Failure to inform/educate about availability and access to emergency-contraception services violates this duty to their adolescent and young adult patients.

Finally, a petition is circulating urging the U.S. Department of Health and Human Services to remove restrictions on emergency contraception and make it available to women of all ages without a prescription. To learn more, see RH Reality Check’s audio news conference and related links and commentary from Kristin Moore. Our previous posts provide background on why EC is not *already* available OTC to all women: