Menu
Home > Our Impact > Our Bodies, Our Blog > Cross-Border Surrogacy: How OBOS is Advancing Public Discourse and Action

Cross-Border Surrogacy: How OBOS is Advancing Public Discourse and Action 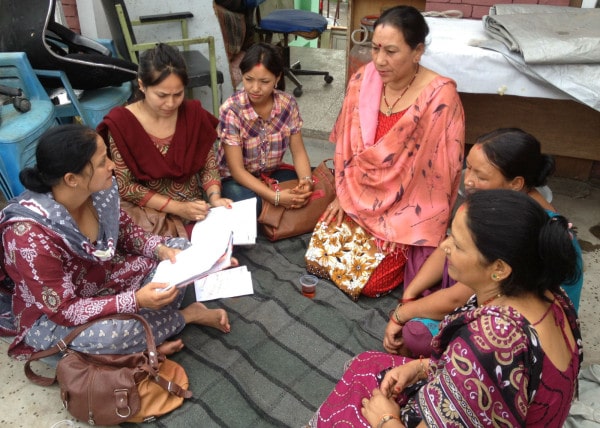 In an episode that aired on primetime television in 2007, America’s favorite talk show host portrayed cross-border surrogacy as a win for everyone.

Oprah Winfrey blazed her spotlight on an American couple that traveled to a fertility clinic in the Indian city of Anand to commission a baby. In front of an audience of millions, she extolled the benefits of the arrangement for the couple, who can finally have a baby, and for the woman who is paid to become their surrogate, who can finally send her child to school. Yes, many in the audience agreed, there seem to be benefits all around!

Cross-border surrogacy is a contract-based arrangement that uses assisted reproductive technologies, such as in vitro fertilization. It is a lucrative global industry — the heart of which beats in India — and part of a wider, multi-billion dollar market in assisted reproduction. Thousands of individuals, straight and gay, married and not, have hired surrogates to bear their children.

So who would rain on this parade? Why are there “concern trolls” raising difficult questions about a “solution” that seems a boon for everyone involved?

The answer demands a closer look at the supply side — at the lives, motivations, and vulnerabilities of the women who carry and deliver babies for others, most often to pull themselves and their families out of dire poverty. Their marginalized social and economic status creates a power imbalance that makes it impossible to negotiate dignified and fair “working” conditions and, in fact, allows recruiting agents and clinics to get away with exploitative practices.

Scratch the surface, and these arrangements are replete with health and human rights problems: gestational mothers, otherwise known as surrogates, unable to read the contractual obligations to which they consent; minimal compensation and unfair payment schedules; forced seclusion from family (including young children) and community, in dormitories with round-the-clock monitoring; high-risk medical procedures, including high doses of hormones for embryo transfer and mandated cesarean sections; and little or no postpartum follow up, even in cases of unexpected birth outcomes and health emergencies such as hemorrhage, which can occur days or weeks later with fatal results.

In the middle are the children born as a result of these arrangements. Without best practices and regulation, their rights as citizens in cross-border arrangements, their legal parentage and best interest in custody disputes, and their safety in the absence of adequate screening of commissioning parents, hang in limbo while the world catches up.

This is the untold story of cross-border surrogacy — one on which Oprah did not dwell, one that many of us – including many commissioning parents — know little about. In such a story, where the scales are tipped from the start, only one side wins. The other simply settles.

Here is another story. OBOS, with the Women’s Rehabilitation Centre (WOREC) and Sama Resource Group for Women and Health, is responding to ethical conundrums and human rights issues raised by the largely unregulated cross-border surrogacy market and its ability to adapt to lucrative regional niches.

Sama, based in India, uses action research to critically examine cross-border surrogacy practices, articulate the impact on the lives of women, and make policy recommendations. Sama and OBOS provide technical support to WOREC in Nepal as it builds awareness in its nationwide network of Women Human Rights Defenders, assesses the status of an emerging fertility sector — especially along the country’s border with India — and crafts a preemptive response.

Our goal is simple: develop evidence-based, objective and accessible information to ignite broader social dialogue and action on an issue that is layered, laden, and, most importantly, misrepresented by recruiting agents and fertility clinics.

This collaboration is a call for best practices and regulation of assisted reproduction, and a stepping stone to engaging with commissioning parents as allies who can hold the industry accountable. It embodies OBOS’s legacy of bringing important sexual and reproductive rights issues from the periphery to mainstream dialogue.

And, as policy lags behind technology and markets and the media continue to color public perception of a complex human rights dilemma, this collaboration positions us on the cutting edge to ensure cross-border surrogacy moves forward a an ethical option for growing our families and financial stability — making it a true win for everyone.