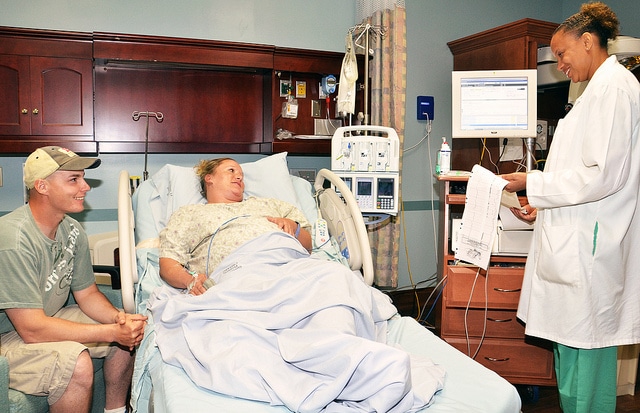 Update, 11/17: The ASA has issued this statement, clarifying that the release I wrote about last week was not actually a change in recommendations or guidance from the ASA, but instead “our news releases are solely efforts to highlight abstracts of research and studies presented at the meeting.” They go on to say: “These news releases should not be perceived as an endorsement or support from the ASA…News releases are written from the perspective of the researchers or study authors. Furthermore, these promotions are not intended to conflict with ASA guidelines but rather to highlight news that will be of interest to consumer and trade media as well as medical colleagues. There are processes in place to review the research promoted and ASA will continue to follow the process and adhere to the highest professional standards to advance the specialty.”

We’ve updated the post below to reflect the clarification about the information the release presented.

The American Society of Anesthesiologists is promoting findings from a recent conference that recommend a move away from its long-held position requiring women in labor to fast. These researchers instead recommend that “most healthy women can skip the fasting and, in fact, would benefit from eating a light meal during labor.”

New research presented at the Anesthesiology 2015 annual meeting in late October is showcased in their press release.

The logic behind requiring women in labor to fast is thus: If the labor changed course, and a c-section was needed, a patient who had eaten recently was at risk of aspirating her own vomit if given general anesthesia.

It is a policy predicated on a lot of if/then scenarios, and applied incredibly widely (to pretty much everyone giving birth in a hospital setting) despite a relatively low risk and changes in practice. Most c-section anesthesia is provided in a similar fashion to an epidural (through a spinal block) and not through a mask over the nose and mouth, where the potential aspiration risk came in.

Anyone steeped in maternal health policy will understand that standards based on worst-case scenarios are not unusual, but it’s refreshing to finally see potential for a change on this front. A major impetus for the recommendation is the recognition that the risk of aspiration no longer exists:

Researchers said aspiration today is almost nonexistent, especially in healthy patients. In the United States, there was only one case of aspiration associated with labor and delivery between 2005 and 2013, involving a complicated case of a woman who was obese and had pre-eclampsia, according to the American Society of Anesthesiology’s Closed Claims Project database. Researchers also noted that no cases of death due to aspiration were reported in the United Kingdom between 2000 and 2005, compared to 1.5 cases per 1,000 during the 1940s.

One major reason many advocates have been pushing back on this practice for decades is that — as anyone who has given birth or supported someone doing it can attest — labor and birth are incredibly challenging. Even the press release compares labor to running a marathon. Fasting while doing so is unbelievably challenging and has real consequences on the progression of labor:

Without adequate nutrition, women’s bodies will begin to use fat as an energy source, increasing acidity of the blood in the mother and infant, potentially reducing uterine contractions and leading to longer labor and lower health scores in newborns. Additionally, the studies suggest that fasting can cause emotional stress, potentially moving blood away from the uterus and placenta, lengthening labor and contributing to distress of the fetus.

Learn more about the differences between the midwifery model of care and the medical model of maternity care >
Midwives, especially those working outside of hospital settings, have long taken a different approach, allowing women to drink and eat during their labors. Even women giving birth in hospitals have been known to delay arrival at the hospital so that they could drink and eat as needed during early labor.

While this research has not yet led to a change in ASA guidelines, we hope that these recommendations should help speed the process along. A note at the bottom of the release reiterates that the current guidelines say “solid foods should be avoided in laboring patients.”

Read the full release here, as well as their clarification here.

In the Fight Against HIV, Gendered Assumptions Have Deadly Consequences by OBOS August 19, 2021 By Charlotte Babbin In October 2019, the FDA approval of the new HIV-prevention drug Descovy was met with great excitement by doctors, HIV researchers, and many people at risk of HIV infection. Descovy functions as a pre-exposure prophylaxis (PrEP), medicine…
Stopping Keystone: A Victory for Native Women’s Health by Guest Contributor July 1, 2021 By Hannah Sachs-Wetstone In early June, after more than ten years of conflict, the Keystone XL oil pipeline project was halted by TC Energy, the company behind the project. This is a victory for Indigenous communities and environmental activists. However,…
False or Misleading Claims: More Problems with Addyi by Guest Contributor January 4, 2021 by Marshall Miller and Dorian Solot The so-called "pink Viagra" drug Addyi (flibanserin) is in the news again. This time, Sprout Pharmaceuticals, the drug’s manufacturer, is being called out by the FDA for making "false or misleading claims about the…