Menu
Home > Our Impact > Our Bodies, Our Blog > What’s Behind the Increased Numbers of Black Women Dying During Pregnancy and Childbirth in the United States?

What’s Behind the Increased Numbers of Black Women Dying During Pregnancy and Childbirth in the United States? 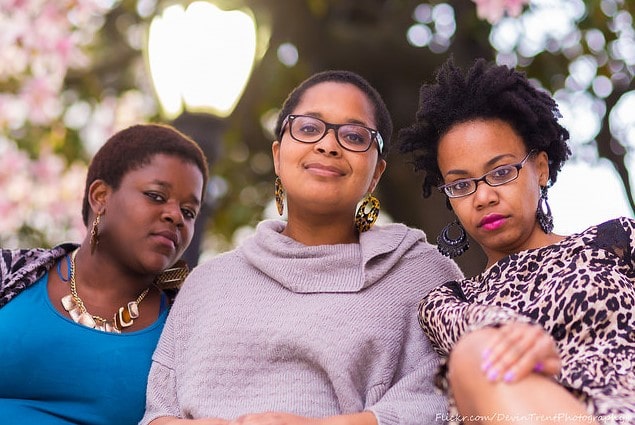 Editor’s note: OBOS is delighted to introduce new blogger Amie Newman. You can find out more about Amie here.

Rising maternal mortality rates in the United States are a domestic crisis and a critical human rights issue.  The numbers should also be a wake-up call. More women are dying from complications related to pregnancy and childbirth today than they were two decades ago. In fact, the United States is the only developed country where maternal mortality rates have increased in that time.

All women are not created equal amidst these stark statistics, however. There is a dividing line and it’s drawn between the maternal mortality rates of black women and of white women.

According to the Centers for Disease Control (CDC), black women are dying during pregnancy, childbirth, and the year immediately following childbirth at nearly four times the rate of white women. While poor women are at greater risk of dying than women who have higher incomes, the disparity between black and white women is consistent at all income levels. Groups including Amnesty International and the reproductive justice organization SisterSong have called out this alarming racial disparity, yet unanswered challenges remain.

In 2014, the Center for Reproductive Rights, the National Latina Institute for Reproductive Health, and SisterSong released a shadow report for the U.N. Committee on the Elimination of Racial Discrimination called “Reproductive Injustice: Racial and Gender Injustice in U.S. Health Care.” In it they noted that “in some areas of Mississippi, the rate of maternal death for women of color exceeds that of Sub-Saharan Africa, while the number of white women who die in childbirth is too insignificant to report.”

The existence of disease may be a medical cause of death but racial inequities are in part responsible for the increased numbers of black women dying. We live in a country where a host of injustices contribute to this devastating gap in well-being, including lack of access to health care, affordability, and quality of health care.

Another study found that while black women don’t actually have a higher prevalence of the leading causes of maternal deaths cited above, they are more likely to die from such causes than are white women. This disparity may be attributed, in part, to data which shows nearly one-quarter of black women delay prenatal care or don’t initiate it at all.  It’s a rate that’s twice as high as the rate  for white women.

Racism is clearly a cause of detrimental health conditions for pregnant women, as it affects both  access to and quality of care. According to the 2010 Amnesty International report “Deadly Delivery: The Maternal Health Care Crisis in the USA”:

Research has demonstrated that maternal and fetal health may suffer from the effects of stress associated both with low income and with lifelong exposure to racism – stress which has been found to have a cumulative impact on the body that appears to have an adverse effect during pregnancy.

As Miriam Zoila Perez reports, the Affordable Care Act has helped close the gap in health insurance coverage disparities. But it hasn’t (yet) helped correct the racial disparity in maternal mortality. In part, this is due to particular states with higher populations of African-Americans opting out of available expanded Medicaid coverage programs. But closing the racial disparity in our country’s maternal mortality rates will require solutions more complex and expansive. We need to work towards the end of racism and discrimination against black women in American society.

The racial disparity issue so distressed the U.N. Committee on the Elimination of Racial Discrimination that in 2014 they called on the United States to adopt recommendations to fix it.

There is not one single path to fixing this serious, ongoing problem. But what surely is paramount is ensuring space for and listening to the stories of black women—those at the center of this crisis. Reproductive health and justice organizations like the Maternal Health Task Force and SisterSong are banding together to do just that:

The alarm has been sounded. The leadership, health, and lives of black women must be centered squarely in this fight. But addressing the racism and discrimination that continue to breathe life into our country’s maternal health crisis is within all of our power.