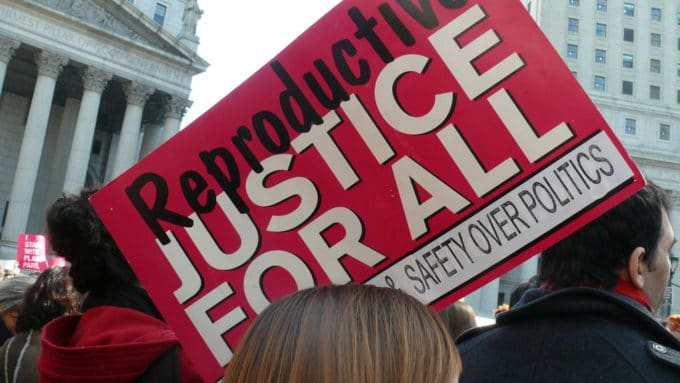 The Food and Drug Administration (FDA) announced good news yesterday when they changed the guidelines for taking Mifeprex, the brand name for the pill used in medication abortions in the United States. The changes allow for women to take the pill later into pregnancy and require fewer numbers of visits to a health care provider. They also reduce the dose of mifepristone and increase the dose of misoprostol, the two medications that make up Mifeprex. The new guidelines, and updated labeling, actually reflect how most health care providers have been prescribing the medication for years.

For more information see Medication Abortion->
When the FDA approved medication abortion in the United States in 2000, they did so using the label from RU-486, the abortion pill used in Europe. Those guidelines were created using outdated research and doctors almost immediately began prescribing it in the United States based on the findings from updated research. It allowed women to reduce the number of visits to the doctor from three to two. For women who must travel great distances, or cannot take time off from work, added visits to the doctor can be barriers to accessing safe abortion care.

Anti-abortion rights activists saw the discrepancy between the guidelines and the latest research as an opportunity to create additional barriers to abortion access, and over the next decade were able to pass laws in five states that required doctors to follow the directions on the FDA label.

Raw Story reported yesterday on the way in which the initial labeling had become “an effective weapon for anti-abortion forces” in those states:

Most clinicians today prescribe a lower dose and only require women to make one trip. But five states – Arizona, Arkansas, Ohio, Oklahoma, and Texas – have laws on the books mandating that doctors adhere to the FDA regimen. Abortion foes argue that old protocol is safer than “off-label” use.

Teddy Wilson at Rewire notes that the nature of the legislation was not to make abortion care safer for women but to restrict access to care altogether:

Republican state lawmakers have been aided by anti-choice organizations such as Americans United for Life, which has drafted copycat bills designed to make medication abortion inaccessible.

Evidence clearly shows that “off label” use of Mifeprex, however, is safe and effective, writes Wilson:

The New York Times explains that since a law was passed in Texas in 2013 limiting doctors’ use of the abortion pill to the FDA label’s guidelines, one Texas clinic saw the number of women choosing medication abortion plummet from 40 percent before the law was passed to 5 percent after. That is set to change:

“This will allow us to do two things immediately: Expand medical abortions up to 10 weeks of pregnancy, and cut out the unnecessary additional visit for the second dose of medication,” said Amy Hagstrom Miller, the president of Whole Woman’s Health, which has abortion facilities in five states including Texas and is the lead plaintiff in an abortion case before the Supreme Court.

Hayley Macmillen at Refinery 29 sums up some of the ways in which the new label is more patient-centered:

The old rules called for patients to visit a clinic three times — one to take Mifeprex, the next to take misoprostol, and the third for a check-in. Now, the label allows for the misoprostol to be taken “at a location appropriate for the patient.”

This new labeling, then, is a massive victory for reproductive health and rights advocates, doctors, and most importantly, women.

Vicki Saporta, President of the National Abortion Federation (NAF), shared her excitement for this women’s health victory and her hope that more women will soon have access to safe abortion care:

Because providers in the United States have already been providing evidence-based care, which the new label now recognizes, actual practice will not change. What will change is that politicians can no longer deny women access to this safe and effective method of early abortion care by insisting on an out-dated regimen. We hope the new label changes will soon allow women to access medical abortion care in states where anti-choice restrictions have made this evidence-based care unavailable.