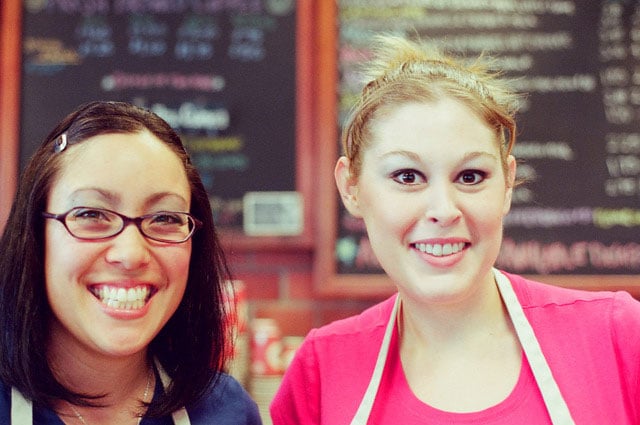 In February, President Obama proposed a 2017 federal budget that strips all federal funding for disastrous abstinence-only-until-marriage sex education and increases funding for comprehensive sex education. It’s a long-awaited smart move based on evidence. Over the past 25 years, almost $2 billion has been spent on abstinence programs, with very little to show for that stunning investment.

A 2007 federally funded evaluation of abstinence-only education, conducted by Mathematica Policy Research, found these programs to be ineffective at delaying sexual initiation or reducing teen pregnancy. In other words: a waste of money.

At the same time, comprehensive sexuality education — education that provides age-appropriate, accurate, unbiased information on contraception, sexuality, human development, relationships, decision-making, and disease prevention — has been shown to both delay sex and increase contraceptive use.

But are there more than just two sides to this issue?

In a fascinating New York Times op-ed, “When Did Porn Become Sex Ed?” author Peggy Orenstein delves into what young women, in particular, are missing out on as our country continues to struggle with how we teach young people about sex. Young women who are exposed only to “just say no” programs learn little or nothing about what it means to find pleasure in sex and in their own bodies. Orenstein tells the story of a 21-year-old college student who emailed her because of how “ill equipped” she felt talking about sex, after her abstinence-only high school sex-ed program. The young woman used pornography, even as she recognized all of the problems with it, to “gain some knowledge of sex.”

It’s not hard to see why. If we teach young people that sex is something to be feared and avoided at all costs, when we don’t encourage healthy dialogue about sex and sexuality, or if we avoid talking about sex at all (as is the case in many schools and homes throughout the country) we stand in the way of young people’s ability to learn about their own bodies, their sexual selves, and ultimately how to find the pleasure and joy in sex.  They are left to test drive more obvious vehicles, like pornography, to learn about sex and their bodies.

Orenstein writes that even many comprehensive sex ed programs don’t teach more than rote anatomy for young women, blurring if not outright ignoring the differences between a vulva, labia, and clitoris.

And whereas males’ puberty is often characterized in terms of erections, ejaculation and the emergence of a near-unstoppable sex drive, females’ is defined by periods. And the possibility of unwanted pregnancy. When do we explain the miraculous nuances of their anatomy? When do we address exploration, self-knowledge?

And even the best comprehensive sex ed programs may not do enough to encourage young women to embrace sexual pleasure as something to which they are entitled.

Hiding information from young women doesn’t lead to better decision making or health outcomes. The opposite is true. Talking openly and honestly with young women about sex, pleasure, and trust not only leads to healthier decision making but allows young women to feel more comfortable with their bodies and their sexual pleasure.

In the Netherlands, for example, comprehensive sex education starts as early as four years old, when children are in primary school. While there is no explicit talk of sex at that age, there are discussions about love, honesty, and trust. The approach values sexual development as a “normal process that all young people experience.” It’s hard to imagine a better start to sex education than that.

The positive benefits, in Dutch society, are striking. The Netherlands is home to some of the best health outcomes for teen sexual health, in the world. Not only do most young people, ages 12 to 25 years old, report “wanted and fun” first sexual experiences, when they do have sex an astounding nine out of ten Dutch teens report using contraception. The teen pregnancy rate in the Netherlands is one of the lowest in the world, five times lower than the United States.

For those of you looking for trustworthy and accurate information as well as safe spaces to find and engage in helpful discussions about sex, sexuality, and pleasure: here are some of our favorites. Go forth and enjoy!