Menu
Home > Our Impact > Our Bodies, Our Blog > Women in India Get a New Birth Control Option

Women in India Get a New Birth Control Option 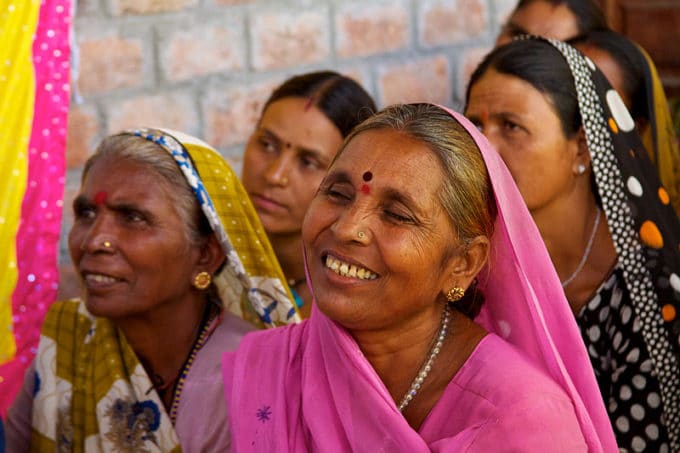 On February 20 The New York Times reported that government facilities in India, which has long relied on female sterilization as its primary form of birth control, will begin offering injectable contraceptives to women free of charge. The Indian government funds approximately 4 million tubal ligations per year, more than any other country in the world.

A typical female sterilization in India consists of a doctor using a laparoscope to sever a woman’s fallopian tubes. This procedure renders most women permanently infertile. Because many women in India marry in their late teens and quickly experience multiple pregnancies, women who already have two or more children and can’t care for more often opt for—or are pressured into—sterilization.

But women shouldn’t be forced to choose between forever giving up their capacity to bear children and having more children than they can take care of in the short term. International organizations like the Bill & Melinda Gates Foundation have long been advocating for the introduction of safer, non-permanent forms of birth control for Indian women. Research has shown that if women worldwide were able to space their pregnancies two years apart, 30 percent of maternal deaths and 10 percent of child deaths could be prevented.

Sterilization, at least as performed in certain parts of India, is frequently unsafe as well as permanent. It’s often the case that multiple women are operated on at once and under less-than-sterile conditions. Thirteen women died in India in 2014 after undergoing tubal ligations performed under these circumstances. Between 2009 and 2012, the government paid compensation to the families of 568 women who died as a result of botched sterilizations. Thirty-seven percent of all female sterilizations worldwide are done in India, many of them in questionable circumstances.

While Depo-Provera is considered safe by many health and medical organizations, many women who have used Depo report multiple problems. Read more ->

The drug the Indian government plans to offer is depot medroxyprogesterone acetate (DMPA). Better known by its brand name, Depo-Provera, DMPA is a long-acting, progestin-only, reversible hormonal contraceptive that is injected every three months. It can affect menstrual bleeding, leading to unpredictable flow, including absence of or unusually heavy bleeding. On average the fertility of women who stop using DMPA returns to normal nine or 10 months after their last injection. Use of DMPA can lead to loss of bone density, though most women regain their bone density once they stop using the drug. Some women who use DMPA gain weight or experience loss of libido. It is considered safe and effective by a number of health and medical organizations around the world and is recommended by the World Health Organization without restriction for women of childbearing age.

Yet a number of groups in India oppose the government’s plan to offer this drug. In September 2015, Kafila, an activist group in India founded to facilitate public engagement by resisting the influence of corporate media, issued a statement opposing the government’s action. “Women’s organizations and health groups have consistently opposed the introduction of injectables and implants,” it read in part, calling on the government to “explore non-invasive safer options for contraception for women.”

Opponents of this new contraceptive option argue that India lacks the resources to effectively regulate its use, monitor its side effects, and ensure that patients are aware of its risks and have given informed consent. As Navsharan Singh, a senior program specialist at the Canadian government-backed International Development Research Center, told The New York Times, “Invariably these new methods are tried on women who have no infrastructure to fall back on, who have no other resources to go for private health care.” She conceded that the government’s current plan to deliver the drugs through major hospitals would likely improve opportunities for adequate follow-up care.

By contrast, Dr. Hrishikesh D. Pai, secretary general of FOGSI, the Federation of Obstetric and Gynecological Societies of India, which represents over 32,000 gynecologists from across the country, told The Times of India, “It is a feasible option when estrogen-containing contraceptives are not favored or are medically contraindicated… In spite of menstrual irregularities, which are expected with injectable contraception, the benefits of preventing unwanted pregnancy outweigh … apprehensions about its side effects.”

Last week a nurse named Lalit Sharma told The New York Times that Indian women “blindly trust” whatever form of birth control is offered by their government. The truth is that these women have little choice but to trust the government when it comes to free birth control, especially if they are poor, lack education, live in remote parts of the country, and are married to men who eschew male forms of birth control. (In addition to female sterilization, the Indian government also offers male sterilization, IUDs, condoms, and pills—but many women lack information about IUDs and are prevented by their husbands from using pills or condoms. Men in India are extremely reluctant to get vasectomies.) Many women must choose between sterilization or DMPA and bearing as many children as physically possible.

In an ideal world, women everywhere would have easy access to medically accurate information, high-quality healthcare from providers who patiently answer their questions, a clear idea of the risks and benefits of various forms of birth control, and time to weigh their options and give informed consent. Given that the reality in many parts of India today is that women are still being pressured or incentivized to undergo mass sterilization, the government’s decision to make DMPA available as an alternative appears to be a step in the right direction. But it deserves careful scrutiny, and the concerns of the women’s groups that oppose it should be heeded. Blind faith in government, or in any one form of birth control, is unwise. But condemning poor women to unnecessary and potentially fatal sterilization is worse.