Menu
Home > Our Impact > Our Bodies, Our Blog > #AIDS2016 Reveals A New Way for Women to Protect Themselves Against HIV 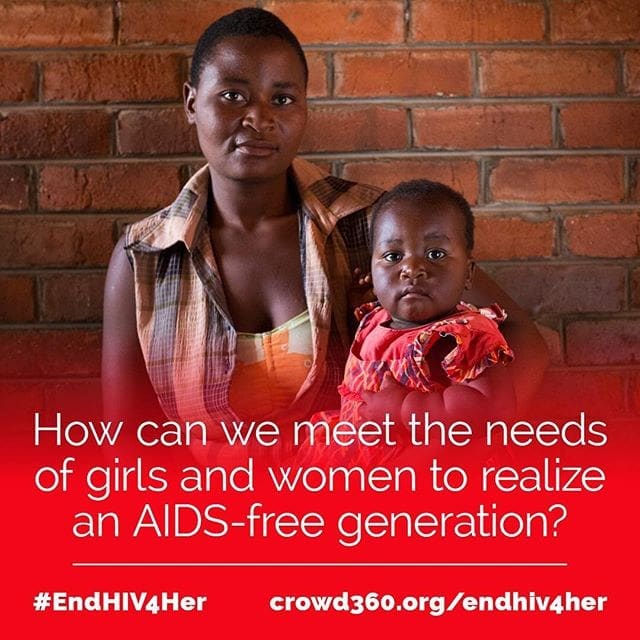 The AIDS epidemic is an ongoing crisis, particularly in places like Malawi, Uganda, South Africa and Zimbabwe, where the number of adults infected with the HIV virus is close to 5 percent. In these Sub-Saharan African countries women, especially young women, carry the heaviest burden.

Activists and researchers have long recognized the desperate need for simple and effective methods to prevent the spread of HIV, particularly for women who have little control to refuse sex or insist that their partner wear a condom. Finally there is good news on this front: researchers at the  21st International AIDS Conference, now underway in South Africa, announced that a newly developed vaginal ring that releases an antiviral drug greatly decreases the risk of contracting HIV.

Analyzing data from the ASPIRE study, researchers found that using the new vaginal ring — a flexible, transparent ring that releases a continuous flow of dapivirine, an anti-HIV drug — reduces a woman’s risk of contracting HIV by more than half. Women who use the ring consistently cut their risk even further, sometimes more than 75 percent. The ring is inserted by the women themselves and is changed every month.

The study involved 2,629 HIV negative women from Sub-Saharan Africa, which has the most serious HIV/AIDS epidemic in the world. More than forty percent of new infections among women in sub-Saharan Africa are in young women ages 15 to 24 years old.

In the United States, more than a quarter of new AIDS diagnoses are in women. Black women’s infection rate is fifteen times that of white women’s.

These are also the women who often have little opportunity to make their own decisions about whether or how to protect themselves against HIV. According to the global AIDS education organization, AVERT, sexual relationships between young women and older men are common in sub-Saharan Africa and associated with unsafe sexual behavior.

An antiviral vaginal ring can help women protect themselves without anyone else knowing, easily and safely.

According to the Fred Hutchinson Cancer Research Center,

The ring is lightweight, flexible, affordable and innocuous looking. It can be worn — and forgotten about — for four weeks at a time.

In the ASPIRE study, women were given either a placebo ring or one with dapivirine. The study was double blind, meaning the women didn’t know which ring they got. Researchers followed the women, who were told to change the ring every 28 days, for one or more years.

The study results showed that the risk was reduced by 27 percent among those who used the dapivirine ring. But researchers realized that women who used the ring more consistently were better protected. Women who showed up regularly to their clinic visits and adhered to the timing, reduced their risk by 75 percent or more, sometimes as high as 92 percent, depending upon the analyses.

The next step, then, is for researchers to figure out why some women used the ring consistently and some did not. A follow up study called the HOPE study will examine this question with the benefit of a boost. All women who participate in the study will be offered — and know they are getting — the dapivirine ring. They’ll also be informed that the method is both safe and effective. Whether or not this will encourage women to use the ring more regularly (or at all) is the central question.

In a blog post by the National Institute of Allergy and Infectious Diseases, Dr. Jared Baeten, one of the leaders of the ASPIRE study and a professor of global health, medicine, and epidemiology at the University of Washington in Seattle, explained:

The HOPE study will give us the opportunity to learn why women do or do not like to use the dapivirine ring—information that might help us plan the optimal approaches for its delivery outside of research settings, improve upon the product and clarify how different HIV prevention options fit into women’s lives.

The vaginal ring isn’t the only woman-controlled method of HIV prevention. There’s a daily PrEP (pre-exposure prophylaxis) pill that can reduce a person’s chances of contracting HIV by 90 percent. But the pills are expensive, easy to forget, and, according to a PATH blog, “difficult to hide from curious family and friends.” In response to these concerns, PATH is working on developing a PrEP patch.

New HIV prevention tools must provide an opportunity for women to take control of their health and lives, and must also take into account the realities of women’s lives. The current version of the vaginal ring may accomplish both of these goals, but researchers aren’t stopping. In addition to the daily pill, the patch, and the one-month vaginal ring, there are plans to study a three-month ring that combines the anti-HIV drug with hormonal birth control.

No matter what the HIV prevention method, however, researchers are clear that we need to understand why women do or don’t use particular options. And to listen carefully to what women who live in highly-affected regions of the world tell us.

At the AIDS conference this week, Dr. Zeda Rosenberg, founder and chief executive officer of the International Partnership for Microbicides told attendees,

Maximizing the ring’s potential means doing all we can to effectively support women to use it consistently. We need to continue research to overcome the barriers for use by women who face the highest rate of infection in the world.

On June 20, 2016, FHI 360, Johnson & Johnson, Girls’ Globe and the International AIDS Society launched the #EndHIV4Her digital campaign to highlight ways the global health community can come together to accelerate efforts to end the HIV epidemic among women and girls. You can learn more here.