Menu
Home > Our Impact > Our Bodies, Our Blog > Students Welcomed Back to School with Free Tampons and Pads

Students Welcomed Back to School with Free Tampons and Pads 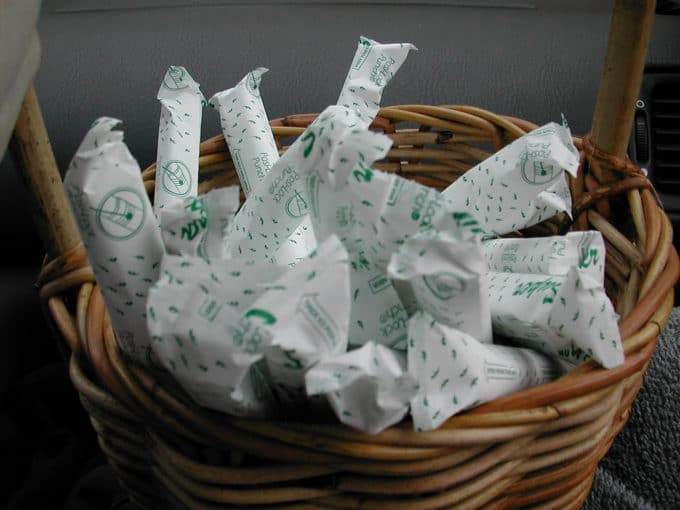 When twenty students from Brown University’s Undergraduate Council of Students, including senior and president of the organization Viet Nguyen, returned to campus last week, they had something important to do before classes began. The group delivered free tampons and pads to academic building bathrooms across the Ivy League grounds.

The initiative was conceived of and carried out by students, and is being financed by a student-led organization as well. As Newsweek reported this week:

Thanks to funding from the student-run undergraduate finance board, Nguyen says he’s ensured menstrual products will be available in approximately 30 to 40 bathrooms across campus for the 2016–2017 school year.

Calling menstrual products a “necessity, rather than a luxury,” Nguyen wonders why they aren’t treated by the university like other products it provides, like toilet paper. Tampons and pads aren’t cheap. Paying $7-$10 every month for one or both adds up (to more than $18,000 over a lifetime) and can be prohibitive for some. Imagine if students had to pay for toilet paper, especially low-income students. How are menstrual products any different?, asked Nguyen and his fellow students.

Terry O’Neill, president of the National Organization for Women, agrees and praised the Brown University students:

Feminine hygiene products are not a luxury. They’re as essential as toilet paper, just ask anyone who has ever struggled to obtain or afford them. Students’ participation in school should not be hindered by insufficient access to this basic necessity. Universities around the country should follow suit.

College students are standing up for their right to “Free the Tampons” across the country. Many campuses don’t provide free menstrual products and students are demanding change. Earlier this year, at Emory University, more than 900 students signed a petition to get free tampons provided in campus bathrooms. Around the same time, University of Arizona students issued a list of demands, according to an article in Inside Higher Ed, including one for access to free pads and tampons on campus.

Nguyen said he and his fellow Brown University students were inspired by the growing public dialogue and policy changes. New York State repealed its “tampon tax” in July. When it did, the state became one of 11 in the country that do not consider menstrual products “luxury items.” New York City piloted a program earlier this year to provide free tampons and menstrual pads to public schools, homeless shelters, and correctional facilities. This fall and winter the program rolls out, over several months, in all public schools in the city.

These kinds of shifts in laws and policies can have a profound impact on the lives of those who menstruate. Period stigma is real and there’s hardly a person who has experienced menstruation who hasn’t been caught off guard by their period, been stuck without access to tampons or pads when they needed one, or felt embarrassed because of their period for one reason or another. When you’re a young student, experiencing homelessness, or in prison, these challenges can be magnified.

Providing menstrual hygiene products privately, immediately and for free is also about sending a body-positive message by not perpetuating shame and humiliation, and acknowledging that women’s bodies, even those of women serving time in prison, deserve some dignity during their periods.

At Brown University, Viet Nguyen and his student force of free-menstrual-products providers will continue to stock the bathrooms every week, throughout the year. But they will push for the administration to take on the stocking of the bathrooms; and for the university to build into its budget a line item for tampons and pads for students.

Still, some things are not about money. The students at Brown want to “open up a discussion about menstruation and spur other higher-education institutions to participate as well.” There are a growing number of efforts to end period shaming and reduce stigma surrounding menstruation, and talking about menstruation as a normal part of life — as this Olympic swimmer did — is becoming, well, more normal.  At some point in the near future, embarrassment about monthly bleeding or a phrase like “it’s that time of the month” will seem as outdated as taxes on tampons and pads and needing to pay for menstrual products in schools, shelters, or jails and prisons.