Menu
Home > Our Impact > Our Bodies, Our Blog > A Reason to Celebrate Morning Sickness?

A Reason to Celebrate Morning Sickness? 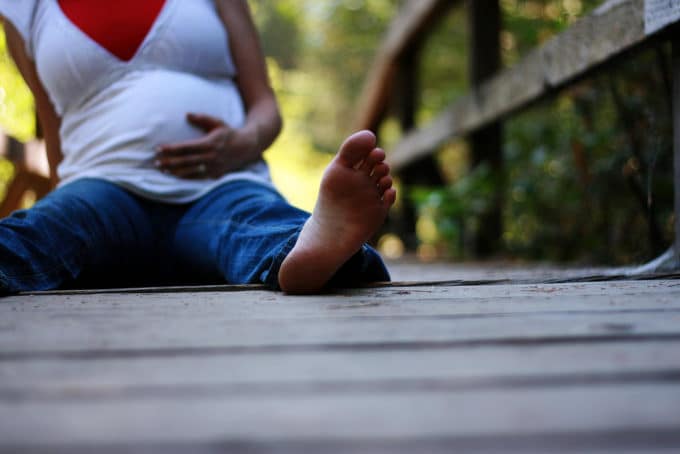 Morning sickness does not have a stellar reputation. You’d be hard-pressed to find a woman who recalls nausea or vomiting during pregnancy (morning sickness) with fondness. Yet a new study finds that there may be an “upside” to these symptoms: a lower risk of miscarriage and stillbirth.

Researchers at the National Institute of Child Health and Human Development (NICHHD) studied a group of approximately 800 women, all of whom had experienced at least one or two prior pregnancy losses, and found that those who experienced nausea (with or without vomiting) had fewer pregnancy losses.

This isn’t the first study to make the link between the existence of morning sickness and miscarriage. But it is the first one that initiated the research even before the women became pregnant.  This is important, says Stefanie Hinkle, lead author of the study and a staff scientist at the NIH, “because it allowed us to get detailed data from diaries that women were keeping about their symptoms in the earliest weeks of pregnancy — even before most women knew they were pregnant.”

Of the almost 800 women in this study who became pregnant, 188 — about 23 percent — suffered a pregnancy loss. (This jives with research indicating that around 15 to 20 percent of *known* pregnancies end in miscarriage, with additional miscarriages occurring very early on, before a woman knows she is pregnant.) The women were given diaries to record any nausea and/or vomiting (or lack of) symptoms, starting from preconception up through the first eight weeks of pregnancy. What the study found was that one out of every five women in the study felt some level of nausea only two weeks into pregnancy.

By the eighth week, the number of women who reported either nausea alone or with vomiting skyrocketed to 84 percent.

When researchers took this information and performed a statistical analysis, they found what represents the most definitive data so far on the association between pregnancy loss and morning sickness, according to the blog of the NIH:

For the women who experienced nausea only, they were 50 percent less likely to suffer a pregnancy loss on average. Nausea with vomiting in any given week came with a 75 percent reduction in miscarriage risk.

Those are significant numbers. But, says Hinkle, they should not be taken by women as a message that if they don’t experience nausea and/or vomiting during pregnancy, there’s something wrong: “Every pregnancy is different and just because they don’t have symptoms doesn’t mean they’re going to have a pregnancy loss.”

Morning sickness has racked up its share of research, but there is little clarity on what causes it or why it exists. There have been scientific claims that morning sickness may signal a “more intelligent child” or that it exists to protect the fetus from harmful toxins in meat and vegetables by signaling the mother not to eat certain things.

What we do know is that morning sickness has been linked to higher hormone levels in pregnancy, specifically the existence of hCG (human chorionic gonadotropin). We also know that there is a difference between morning sickness and the severe hyperemesis gravidarum (HG), an extreme form of nausea and vomiting, which can cause excessive dehydration and crippling weakness.

This research specifically focused on women with morning sickness, not HG, which in some ways limited the research. And as this article in The Atlantic points out, “The vast majority of participants were married, highly educated, white women — so the extent to which the findings would apply to women in other demographics is unclear.”

If you are a woman who is pregnant, wants to get pregnant or has suffered pregnancy loss, it’s difficult sometimes to discern what information to pay attention to and what to let slide by. But in the midst of all of the noise, this study offers the strongest evidence to date that feeling nauseous, even extremely early on in a pregnancy, may be something to celebrate.