Menu
Home > Our Impact > Our Bodies, Our Blog > What Will Reproductive Health Access Look Like Under a New President? 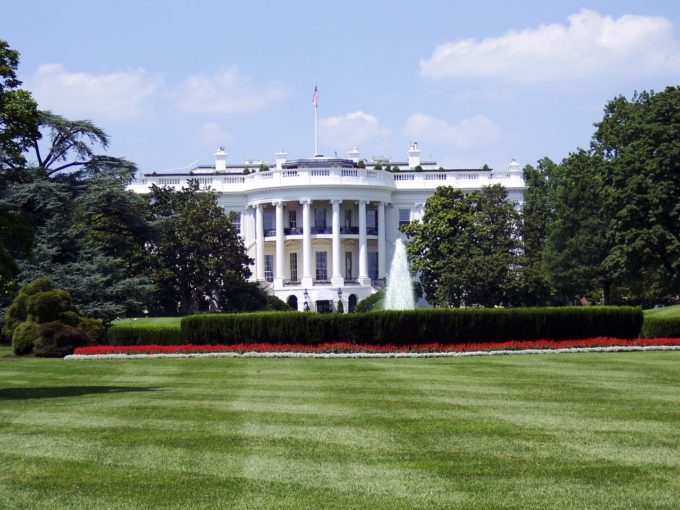 The results of last week’s presidential election, along with a continued Republican majority in Congress, not only threaten progress on reproductive rights and justice but signal potential devastating rollbacks. President-elect Donald Trump’s list of actions his administration will take in the first 100 days includes fully repealing the Affordable Care Act.

As the map bled red on election night, the reality of a future filled with a host of restrictions on women’s health set in. Over the next several days, journalists covered the possible reproductive rights fights that loom.

They didn’t have to research too deeply. In a September 2016 letter inviting “pro-life leaders” to join his “Pro-Life Coalition,” then candidate Donald Trump shared his commitments to defunding Planned Parenthood, nominating “pro-life justices” to the Supreme Court, and signing into law the “Pain Capable Unborn Child Protection Act.” It’s also impossible to forget Trump’s pronouncement, earlier this year, that women should be punished for having an abortion (although he dialed back that rhetoric shortly thereafter).

Trump reiterated his plan to appoint “pro-life” judges to the Supreme Court on the television show “60 Minutes” on Sunday night, saying that if Roe v. Wade were overturned women would just need to “go to another state” to get an abortion.

Anti-reproductive rights advocates, emboldened by the new administration, are preparing to help bring many of these commitments to fruition. As NPR writes,

Americans United for Life and other abortion opponents have a long wish list, including ending Obamacare’s coverage of contraception; banning abortion after 20 weeks of pregnancy; and passing a permanent ban on the use of federal funds to pay for abortion, except in cases of rape, incest, or when the life of the mother is at risk.

Passing the “permanent ban” on federal funds for abortion referenced above would mean enshrining the Hyde Amendment — a forty-year-old legislative provision — into law, rather than continuing the need to renew it every year. Under the Hyde Amendment, Medicaid, which provides health insurance to low-income women, can not use federal funding to cover abortion services (except in rare instances). The result? Twenty-five percent of low-income women who need or want an abortion are unable to get one, and instead carry an unwanted pregnancy to term.

This fight will undoubtedly continue. According to Rewire News:

Emboldened congressional Republicans could mount a serious attempt to codify Hyde. Fueled by reproductive justice groups like All* Above All, House Democrats in the current 114th Congress campaigned against Hyde, arguing that it places an “undue burden” on people of color and those with low incomes. They secured 124 co-sponsors from their ranks for the EACH Woman Act, which would ensure all people have access to insurance coverage for abortion care.

But it’s the “Pain Capable Unborn Child Protection Act” that might be most frightening when it comes to making sure women have access to safe and legal abortion, writes Robin Marty at Cosmopolitan. If the act passes, women who need abortions later in pregnancy (most often because of fetal anomalies or to save their own health or lives) will not be able to get one.

It’s the federal “Pain Capable Unborn Child Protection Act” — a bill that would ban abortions nationally after 20 weeks post-fertilization or 22 weeks gestation — that very well could be the nail in the coffin of Roe. Since the first “20 week” abortion ban was introduced in Nebraska in 2010, abortion opponents have been hoping for a favorable lower court ruling that would potentially be challenged at the Supreme Court. They never got that chance — the 20-week ban passed in Texas was not included in the other restrictions challenged in Whole Woman’s Health v. Hellerstedt.

If Trump follows through on his pledge to sign such a bill, which the Republican Party now has the majorities in the House and Senate to pass, abortion providers will have to go to court or else the right to end a pregnancy will stop at just 22 weeks. That’s a period that is still considered prior to viability by most doctors and where not all fetal anomalies may have yet been identified. It’s also a direct conflict with Roe, which forbids any total bans on abortion prior to viability.

In an article in Slate, Planned Parenthood president Cecile Richards addresses the fear women are already feeling about potentially losing their birth control coverage with the ACA and what they are doing about it:

Planned Parenthood has already been getting calls from new patients who want appointments to get long-acting reversible contraception, like intrauterine devices and implants, before they lose that coverage. LARCs are a particularly good option here because they’re exceptionally effective and could last patients through the end of a Trump presidency: A hormonal IUD can remain effective in a patient’s uterus for up to five years, and a copper one can last for up to 12.

And if efforts to end the $500 million in federal funding to Planned Parenthood for family planning services succeeds, there will be a serious void in preventive reproductive health care services for women. Each year Planned Parenthood provides 2.5 million people with  care,including testing and treatment for sexually transmitted infections, birth control, cancer screenings, PAP tests, and abortions.

In an article in Rewire News about congressional Democrats preparing to fight against anti-choice attacks, reporter Christine Grimaldi offers hope. Voters chose to quadruple the number of senators who are women of color, she writes. This new group of pro-choice Democratic senators are also, says Grimaldi, “the very same group that anchors the reproductive justice movement and shoulders disproportionate consequences from anti-choice policies.”

Women’s health and reproductive rights are at greater risk than at any other time in recent history. Yet people are stepping up to fight back: Planned Parenthood has received an “outpouring” of support since the election; people are taking to social media to encourage others to learn more about longer term methods of birth control, including IUDs and implants; and many women’s health and rights organizations are vowing to stand strong. The next four years will be critical in the ongoing battle to keep and expand reproductive justice for all. It won’t be easy, but if the first few days post-election are any indication, health advocates and providers are doing all they can to make sure access to necessary care remains a priority.