Menu
Home > Our Impact > Our Bodies, Our Blog > In The News: The “Radically Expanded” Global Gag Rule

In The News: The “Radically Expanded” Global Gag Rule 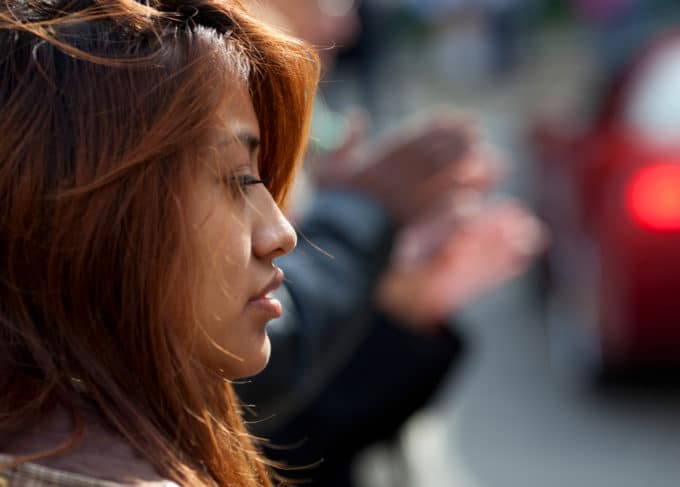 Only days after millions around the world marched to protect reproductive freedom, President Donald Trump signed an executive order to reinstate the so-called Mexico City policy, also known as the global gag rule.

The policy, created by President Reagan and rescinded and reinstated numerous times over the years by different presidents, prevents overseas health organizations that receive U.S. foreign aid from providing abortion information. Previous laws already prohibit groups from using such aid to perform abortions; this order goes significantly further, by prohibiting these groups from providing counseling on abortion, or even mentioning it as an option, even if abortion is legal in the country in which the organization works.

Even more distressing, President Trump has expanded the policy. Population Action International (PAI) president and CEO, Suzanne Ehlers, calls it “the global gag rule on steroids.” In an article by Michelle Goldberg on Slate, Goldberg writes:

Trump’s version of the global gag rule expands the policy to all global health funding. According to Ehlers, the new rule means that rather than impacting $600 million in U.S. foreign aid, the global gag rule will affect $9.5 billion. Organizations working on AIDS, malaria, or maternal and child health will have to make sure that none of their programs involves so much as an abortion referral.

The New Yorker explains that the “radically expanded” policy is causing public health organizations and advocates to “scramble” to figure out what it means:

This is both sweeping and, in the Trumpian way, very confusing to the people trying to do their jobs in the federal government. It could potentially affect an enormous range of health activities that the United States government engages in around the world, including work combatting H.I.V. and many other infectious diseases, and promoting maternal and child nutrition. In 2003, when George W. Bush broadened the rule to cover State Department aid, he made a point of exempting global H.I.V./AIDS programs. But Trump’s version offers no exceptions.

If a clinic receives even $1 of U.S. foreign assistance for family planning, its doctors and nurses are limited in what they can do to help their patients. They can’t counsel a woman on the full range of health options legally available to her, refer her to another provider for specialized care or even give her a pamphlet with medically accurate information.

The global gag rule has had major global consequences for reproductive health care. The policy has raised abortion rates, interfered with HIV prevention efforts, and “prevented women and girls from accessing contraception and safe abortion consistent with the laws in their countries,” according to a January fact sheet from the Center for Health and Gender Equity.

Organizations are going to have to immediately decide whether they are going to sign and abide by this gag rule. Organizations like Save the Children and CARE oppose these kinds of regulations, oppose global gag rules, because they know that it hurts women. I wanted to remind people that when Barack Obama took office eight years ago and reversed the global gag rule, there were some 70,000 women a year dying from these policies being in place. That has dropped down to 20,000 now at the end of eight years. And we’re just very fearful that this is going to cause that number, that loss of life, maternal mortality, to skyrocket.

And though supporters of the policy frame the rule as anti-abortion, PAI director of advocacy Jonathan Rucks explains in Vox  how far-reaching it actually is:

The gag rule hurts not just abortion access, not just contraception access, but other forms of health care as well. In many developing countries, women get reproductive health care at the same place they get all of their other care. So when health care providers lose funds due to the gag rule, it slashes funding and causes nurses to be laid off for all health care services the provider offers.

The New York Times notes that it is especially egregious for organizations that provide family planning options and counseling to people in poor countries:

The International Planned Parenthood Federation said its partners in Nepal, Kenya and Ethiopia had lost American funding the last time the policy was in effect, during the Bush administration. Because nongovernmental groups in those countries refused to accept the conditions of the policy, they were compelled to close clinics and offer fewer contraceptives, said Kelly Castagnaro, a Planned Parenthood spokeswoman.

We can’t support something which tries to restrict people’s choices or take them away. The global gag rule undermines those human rights, so IPPF cannot sign the policy.

If the point of reinstating the global gag rule is to reinforce the new presidential administration’s “pro-life” credentials, the effects will be just the opposite, according to Bustle:

And all of this, of course, does not actually keep women from having abortions, especially since women in Gag Rule countries have a more difficult time accessing contraception. According to PAI, “A 2011 study found the Gag Rule to be associated with increased abortion rates in sub-Saharan African countries… Abortion rates began to rise noticeably only after the Gag Rule was reinstated in 2001.” And since women cannot obtain abortions from qualified practitioners, they often must seek illegal abortions, which can have grave health consequences. As the World Health Organization documented, 21.6 million women have unsafe abortions each year, with 18.5 million of them occurring in developing countries — and 47,000 of those women die from those unsafe abortions annually.

The Guardian also reports that the impact of the policy on young women in poor countries, who are most at risk of complications during pregnancy and childbirth, can be devastating:

Campaigners say this will have a negative effect on the most vulnerable groups that benefit from family planning advice: teenage girls.

About 16 million girls aged 15 to 19, and one million girls under the age of 15, give birth every year, according to the World Health Organization. The majority of these girls live in low- and middle-income countries. Globally, complications during pregnancy and childbirth are the second leading cause of death for girls aged between 15 and 19.

Reinstating the global gag rule is not simply a symbolic nod to a new administration’s anti-choice platform. It’s a slash-and-burn policy that wreaks havoc with real people’s health and lives. The Dutch government has stepped in to set up an international abortion fund and do what they can to help, because the rule means fewer women will have access to needed contraception and family planning services, which help to lower the number of abortions. It threatens health clinics that provide a range of care to people in poorer countries. And it ensures that far fewer women will be able to get the information they want and need about safe, legal abortion care.