Menu
Home > Our Impact > Our Bodies, Our Blog > The “Option” of a DIY Abortion

The “Option” of a DIY Abortion 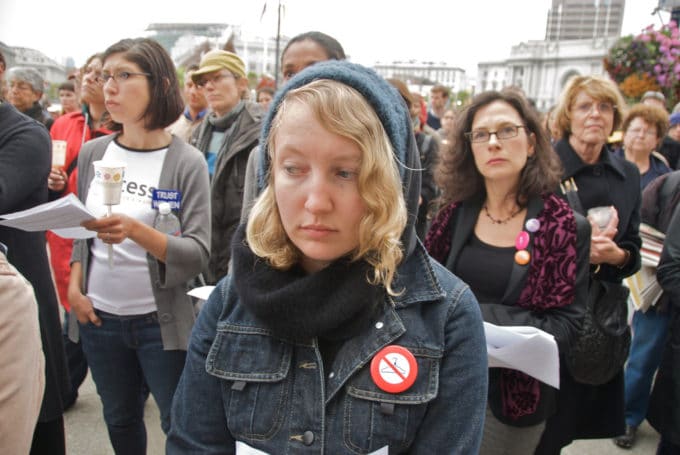 When you hear the phrase “self-induced abortion,” it’s hard not to envision the iconic image of a coat-hanger, the tool women were sometimes forced to use to end an unwanted pregnancy before abortion was legal. But in 2017, when abortion in the United States is legal but increasingly difficult to access, a growing number of people are attempting a safer do-it-yourself (DIY) method to self-induce an abortion.

When a woman in the U.S. has a medication abortion under the care of an abortion provider, she receives two medications: mifepristone, which she takes orally at the doctor’s office or clinic, and misoprostol, which she takes on her own a day or two later. Medication abortion works about 93 to 98 percent of the time when used before 10 weeks of pregnancy. If it doesn’t work, a woman will need an aspiration procedure to complete the abortion.

For more information, see Safe and Supported: Inside the DIY Abortion Movement
Some women who attempt to self-induce an abortion do so with this same two-drug regimen, but because mifepristone is much harder to get, many use misoprostol alone. According to the International Women’s Health Coalition, misoprostol is about 75-85 percent successful in inducing abortion in the first trimester when taken alone. According to an article in Broadly:

A report released this past summer by the now shuttered Reproductive Health Technologies Project called self-use of misoprostol, one of the components of medication abortion, “the new ‘best kept secret’ in efforts to expand US women’s access to reproductive health care options.” While the current standard of care for medication abortions is the combination of mifepristone and misoprostol, the report’s authors write, some medical experts recommend the use of misoprostol alone if mifepristone is not available.

Where abortion is criminalized, women faced with an unwanted or unintended pregnancy are forced into untenable circumstances. Most don’t suddenly decide they want or can take care of a baby. They must decide between carrying a pregnancy to term that they don’t want or seeking out illegal abortion options.

As the WHO notes:

The legal status of abortion has no effect on a woman’s need for an abortion, but it dramatically affects her access to safe abortion.

That’s what we increasingly see in the United States as well. We live in a country where women have a constitutional right to safe and legal abortion. Unfortunately, it’s a hollow right for most, given geographic, legal, and economic barriers to access. According to the Guttmacher Institute, more than half the states are “extremely hostile to abortion rights” and most U.S. counties have no abortion provider. It’s no surprise then that, according to The New York Times, in 2015 alone there were 700,000 Google searches for how to self-induce abortion.

There can be, however, very real legal consequences of self-induced abortion for the person seeking the abortion and for people who, in some way, help the pregnant person along the way. According to an article in The Nation, the SIA “has identified 40 laws nationwide—including fetal homicide, chemical endangerment, accomplice liability—that are potentially broken when someone terminates a pregnancy with help from a doula, babysitter, or someone else in a support role.”

Purvi Patel is probably the most recognizable name among those who have been prosecuted for a DIY abortion. Patel was charged with feticide (and, antithetically, child neglect) and sentenced to 20 years in prison in Indiana for inducing her own abortion. Her sentence was eventually overturned, but there have been 17 known arrests or convictions related to at-home abortions, according to the SIA.

For women who fought long and hard to legalize abortion and create access to safe, legal abortion within healthcare settings, focusing on DIY abortion care can feel like moving backwards, like a ghost of the Jane Collective, an underground feminist abortion service where laypeople provided abortions to women who needed or wanted them in the late 10960s, before abortion was legal in the United States. But as The Nation article states, “Finding ways to support those who choose to self-induce abortion does not mean abandoning the fight to preserve access in clinics and hospitals.”

Given the state of abortion access in the United States, people are increasingly forced to find ways of ending an unwanted pregnancy without the help of a health care provider. Self-induced abortion via misoprostol is not the ideal option for someone who chooses abortion. The ideal option is safe, effective and accessible abortion care from a skilled abortion provider. However, as the assaults from anti-abortion advocates on a person’s right to terminate a pregnancy increase, we need to do what we can to ensure that people who turn to DIY abortion have the safest and most effective experience possible, and are protected from persecution.

An earlier version of this post appeared at Ask Me About My Uterus.