Menu
Home > Our Impact > Our Bodies, Our Blog > Trump’s Plan For The FDA Will Make Patients Less Safe

Trump’s Plan For The FDA Will Make Patients Less Safe 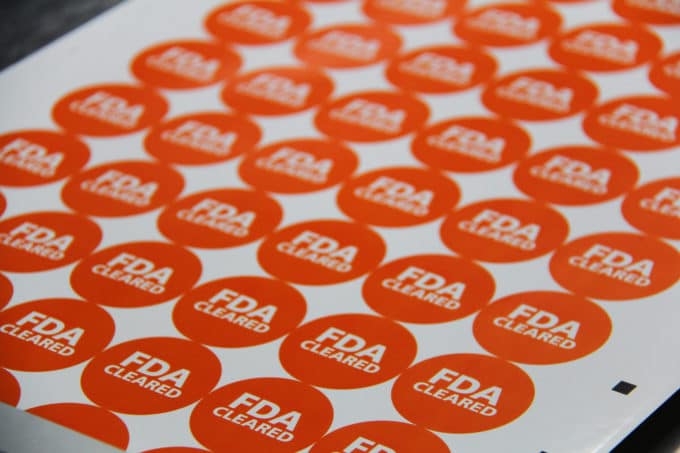 Perhaps you’ve heard President Trump say he’d like to “loosen” regulations on drugs and devices in the U.S., vowing to streamline the Food and Drug Administration (FDA), the agency that oversees drug and device approval. If you haven’t, or if you have and aren’t sure how these plans might affect you and your family and your health, read on.

The FDA is important to all of our lives. The agency is, according to the New York Times, “the world’s leading watchdog for protecting the safety of food and drugs, a gold standard whose lead other countries often follow.” But Trump wants to lower the barriers to getting these drugs to market, making it easier for drugs to pass approval, which may place consumers’ health at risk. He’s considering two candidates to head the FDA to help him do so: Dr. Scott Gottlieb, a former senior FDA official, and Jim O’Neill, a Silicon Valley investor. Now that Tom Price has been confirmed as the head of the Department of Health and Human Services, Vox reports that the FDA commissioner pick will be next.

Of the two choices, Jim O’Neill’s perspective on drug approvals is alarming to public health groups. O’Neill has said that he doesn’t think that drugs should have to be proven effective in clinical trials before going to market. In a 2014 speech about what he calls “progressive approval” for pharmaceuticals, O’Neill suggested, “Let’s prove efficacy after they’ve been legalized.”

Trump told pharmaceutical leaders in a listening session last month, “We’re going to get rid of a tremendous number of regulations.” (75 to 80 percent of them, if you take his claim at face value that he’d cut them from 9,000 pages to 100 pages).

If the most significant proposals are adopted — and many would require an act of Congress — they will reverse decades of policy and consumer protections dating to the 1960s. Congress toughened the drug approval process in the wake of the worldwide crisis over thalidomide, which caused severe birth defects in babies whose mothers had taken the drug in pregnancy.

In fact, evidence points to the importance of strengthening systems and increasing the agency budget rather than weakening protections, to improve patient safety. A new report on the “morcellator” — a surgical device that may have been spreading cancer in women’s bodies, for decades — shows that it took a long time, too long, for the FDA to act.

The morcellator is used in laparoscopic surgery to remove benign uterine tumors (known as fibroids) or to remove the entire uterus. It works by slicing up tissue in the uterus and when it does, it scatters cells. If a woman has an undiagnosed cancer (and some women with fibroids do), “spraying malignant cells” around the abdomen and pelvis can actually advance the disease to a more “deadly form.”

Morcellators had been used for over twenty years before the FDA took action to limit its use in 2013, after a media story came out about Dr. Amy Reed, a doctor and mother of six children, who had her uterus removed and subsequently found that she, in fact, had undiagnosed cancer and that the procedure spread the cancer, making it more aggressive and deadly.

Although the FDA knew that the morcellator had the potential to spread cancerous cells when it first approved the device’s use in 1991, they assessed the risk of “adverse events” as low and went on with business as usual. They relied, instead, on doctors, hospitals, and consumers to make the link between the device and any negative health impacts — and then to file an “adverse event” report if something did happen. That didn’t happen until the 2013 case and then hundreds of reports started to pour in.

According to a Government Accountability Office report on the morcellator, it wasn’t until November 2014 that the FDA finally did something by issuing a “safety communication warning” against certain uses of power morcellators—specifically in treating uterine fibroids. The agency also issued guidance recommending that manufacturers add a boxed warning to their device labeling, which all current manufacturers followed.

Why did it take so long and why is this case so important as we consider the role of regulations within the FDA moving forward? The New York Times explains,

The government report points out a major flaw in the system for detecting harm from drugs and devices like morcellators: It is passive, relying on “adverse event” reports to the F.D.A. from doctors, hospitals, drug and equipment manufacturers, and consumers.

But doctors and hospital officials told investigators with the accountability office that before November 2014, when the F.D.A. explicitly stated that cancer spread after morcellation was an adverse event that had to be reported, they would not have regarded it that way or reported it. Previously, they had thought adverse events from surgical tools were related mainly to failures of the device itself. And in the cancer cases, the morcellators were doing exactly what they were supposed to do — slicing up tissue.

In order to protect patients, the FDA needs to find more active ways of monitoring risk. It may mean they need to actually find those patient cases that raise a red flag and mine hospital records for potential problems. And that’s expensive. It requires more financial and human resources — not a streamlining of these resources.

In other words, amping up protections and strengthening accountability within the walls of the FDA is what’s needed to keep people safe.  Lowering drug prices and getting needed prescription medicine into the hands of people, more quickly, are important goals. But the answers to those challenges do not lie in stripping critical safety mechanisms from the FDA approval process.