Menu
Home > Our Impact > Our Bodies, Our Blog > “No One Warned Her”: The Unexpected Effects of Breast Reconstruction

“No One Warned Her”: The Unexpected Effects of Breast Reconstruction 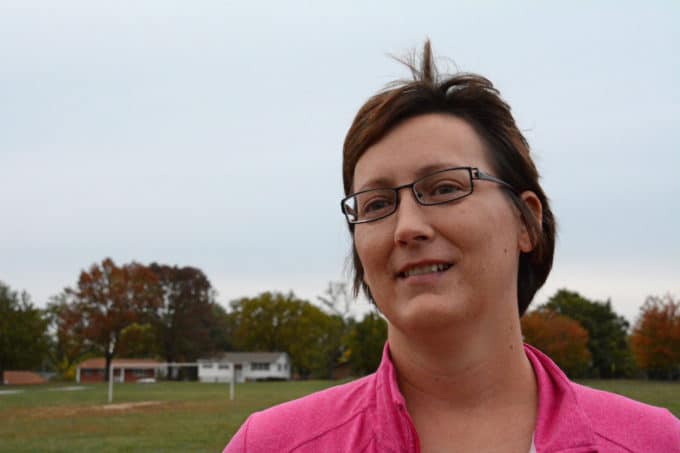 “I had a bilateral mastectomy a year ago… If I had known — been specifically told — that I would never again be able to feel the warmth of my husband’s hug, or those of my parents, grandchildren, godson and friends, I would have made sure in the weeks before surgery that I hugged everyone I know with all the love I have.”
—  Gayla Paschall Kilts, in a letter to the editor in the New York Times

Kilts’ letter is in response to a New York Times article published in January about losing sensation following mastectomy and breast reconstruction surgery. She is far from alone.

For more information on the risks of implants, see Facts About Breast Implants ->
According to a 2014 study, 56 percent of women who have a mastectomy undergo reconstruction surgery to rebuild the shape and look of the breast. In 2015 alone, 106,000 breast cancer patients underwent such surgery. There are two main kinds of reconstruction: breast implants, which use silicone or saline inserts, and tissue flap procedures, which use other body tissues from the woman to create a new breast.

Breast reconstruction is an important part of cancer treatment and recovery for many women, and, as The New York Times notes, plastic surgeons have “embraced cutting-edge techniques to improve the appearance of reconstructed breasts and give them a more natural ‘look and feel’ …sparing the nipple, minimizing scarring with creative incisions and offering enhancements like larger, firmer lifted breasts.”

But many women don’t know that after reconstruction, they won’t have feeling in the new breasts:

Dane’e McCree, like a growing number of women, decided to have her breasts removed. Her doctor assured her that reconstructive surgery would spare her nipples and leave her with natural-looking breasts.

It did. But while Ms. McCree’s rebuilt chest may resemble natural breasts, it is now completely numb. Her nipples lack any feeling. She cannot sense the slightest touch of her breasts, perceive warmth or cold, feel an itch if she has a rash or pain if she bangs into a door.

And no one warned her.

Dr. Andrea L. Pusic, a plastic surgeon at Memorial Sloan Kettering Cancer Center who specializes in breast reconstruction, told the New York Times, “Our focus has been on what women look like. What it feels like to the woman has been a kind of blind spot in breast surgery. That’s the next frontier.”

Once more for emphasis: “What it feels like to the woman has been a kind of blind spot in breast surgery.” The focus of breast reconstruction is often on what a woman will look and feel like to others. Given society’s obsession with women’s breasts and bodies, it’s not entirely surprising. But the spotlight on cosmetics seems to be overshadowing critical information about the health risks and impact of reconstruction surgery on women’s bodies.

Read more about the potential benefits and harms of breast reconstruction->
Breast tissue is home to the many nerves that provide feeling. Having a breast surgically removed damages those nerves, which can cause a range of effects, from numbness to tingling sensations and pain. Many women undergo reconstruction without fully understanding that their new breasts won’t feel anything like their removed breasts. This lack of sensation can be dangerous:

Women who have had mastectomies and reconstruction surgery have sustained severe burns on their breasts from heating pads, hair dryers, curling irons, sunbathing and overly hot showers.

Several women interviewed recounted times when they had not realized a bra was cutting into their skin until they saw blood. Many described embarrassing “wardrobe malfunctions,” when a bathing suit or T-shirt shifted to reveal part of their breast without their knowing because they did not feel the air on their exposed skin.

Surgeons are frustrated as well. They say that returning sensation to a woman’s breasts is the “holy grail” of reconstruction surgery; it’s just not viable yet.

Some women are deciding to forego reconstruction and are instead “going flat.” Read more->
Until it is, women deserve to be clearly informed of all potential consequences. The American Cancer Society suggests that patients ask their surgeon a host of questions that include: What are the pros and cons of each type of reconstruction? What kinds of changes to the breast can I expect over time? Are there any new reconstruction options that I should know about, including clinical trials?

Women who choose to undergo breast reconstruction after mastectomy need access to all of the information — and plastic surgeons need to help ensure they have it.