Menu
Home > Our Impact > Our Bodies, Our Blog > In the News: Breast Implants Linked to Rare Cancer

In the News: Breast Implants Linked to Rare Cancer 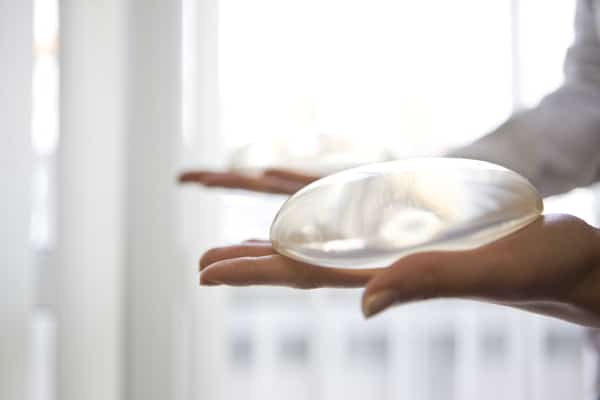 You’ll be excused for thinking this is news. The truth is that experts have known that breast implants cause ALCL since at least 2013, and some of the foremost plastic surgeons in the country were discussing it behind closed doors since at least 2010.

The U.S. Food and Drug Administration (FDA), which is responsible for making public information about the risks of medical devices, including breast implants, first published a report on its website about ALCL and breast implants in 2011. At that time, they said there was evidence that implants might possibly cause ALCL. The FDA’s report came months after an article published in Allure magazine stated that plastic surgeons and their medical societies were studying the possible link between breast implants and ALCL.

If you think women should have been told this sooner, here’s what you need to know:

In May 2016, the World Health Organization published a report that included the term breast implant associated ALCL (BIA-ALCL). A few months later, the National Comprehensive Cancer Network (NCCN) released the first worldwide oncology standard for the disease. The guidelines (you need to sign up for a free account to see them) include a guided algorithm for surgeons and oncologists to test for and diagnose the disease. The authors conclude that any abnormal accumulation of fluid or a mass that develops near the breasts months after breast implants are  implanted must be evaluated.

They also state that even if the BIA-ALCL is confined to the scar capsule that surrounds the implant and even if that capsule is totally removed through proper explant surgery, the patient must be followed for 2 years to make sure the ALCL is eliminated.

Why didn’t plastic surgeons or the FDA make that information more widely available? I’m sure there are women and their doctors who would have benefited from that information in the last few months.

However, plastic surgeons across the country focused on reassuring women that BIA-ALCL is “very rare” and the FDA echoed that mantra.  But, although rare, it seems that BIA-ALCL is not “very rare.”  In Australia, which can track medical problems from any kind of implants better than the tracking of implants in the U.S., the Australian Department of Health estimates that BIA-ALCL affects as many as one in 1,000 women with breast implants.

The estimates of plastic surgeons and the FDA are much lower in the U.S., but there is no reason to think BIA-ALCL is less likely to develop in women in the U.S. than in Australia. Given the dramatic increase in BIA-ALCL diagnoses in recent years, it is clear that BIA-ALCL was under-diagnosed and under-reported for many years.

For women with ALCL, it doesn’t matter how rare it is. The sooner it is diagnosed, the more likely it can be cured easily by removing the implants and scar capsule surrounding it. At later stages, women will need chemotherapy and are less likely to survive, according to research conducted at the MD Anderson Cancer Center that was published in 2013.

The study followed women for 5 years and found that ALCL related to breast implants sometimes requires chemotherapy, and approximately 25% of the implant patients with the more serious type of ALCL died during the 5 years following their diagnosis. You can read more about the study here.

ALCL caused by breast implants can result in swelling, which is often mistaken for an infection and treated with antibiotics. Antibiotics are ineffective against ALCL and the delay in timely and appropriate treatment for ALCL is dangerous.

A published response in the same medical journal urged physicians to respond quickly and to check patients who have swelling near their implants for ALCL. This would require cytology testing rather than testing for bacteria.

This news is especially important to women who undergo mastectomies to prevent cancer or for DCIS or very early breast cancer, either of which is equally likely to be cured with a lumpectomy instead. Women trying to beat cancer by undergoing a radical surgery they don’t need are unlikely to do so if breast implants will put them at risk of developing a different type of cancer.

The news is equally frightening to cosmetic surgery patients. Many health insurance companies refuse to cover the cost of medical tests or treatment for women with breast problems related to cosmetic breast implants. We now know this can result in undetected ALCL, which can be fatal. In addition, delays in treatment for ALCL can be extremely expensive for patients and their insurance companies; the companies would be required to pay for treatment for ALCL when it is eventually diagnosed at a later stage.

Women deserve to know the facts.  And they deserved to know them years ago.

Diana Zuckerman, Ph.D., is the president of the National Center for Health Research, a nonprofit health education and advocacy organization.