Menu
Home > Our Impact > Our Bodies, Our Blog > Period Tracking Apps: The Good and the Bad

Period Tracking Apps: The Good and the Bad 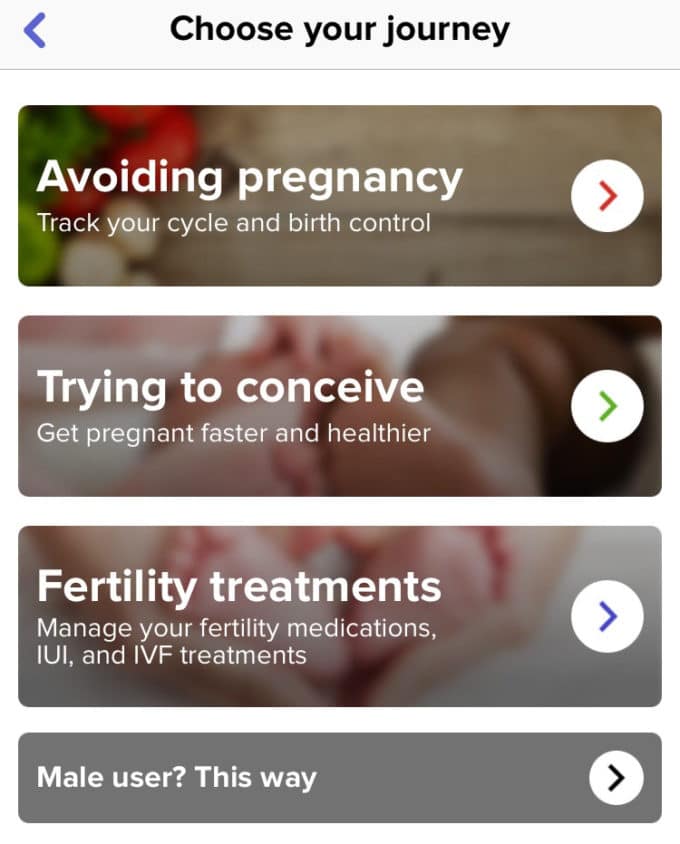 Millions of people use menstrual tracking apps on their phones to chart monthly cycles and hormone levels. There’s nothing wrong with a wall calendar or paper diary, mind you. But the combination of a digital calendar, personalized health information, and alerts — all on your phone — is definitely an attractive option. The market for “fertility apps” has the potential for tremendous growth. But a new study found the apps actually fail users in multiple ways. So, what’s going wrong?

A team from the University of Washington, made up primarily of researchers who study personal tracking technology and set off by a bet between two of them that no studies had been done on menstrual tracking apps before (she was right), decided to study the most reviewed period tracking apps including Clue, Eve, Glow, Period Tracker, and Pink Pad to find out.

As part of their research, the team surveyed teens and adults about their menstrual tracking practices, and conducted interviews. And it wasn’t hard to find people who wanted to talk to them. Daniel Epstein and Nicole Lee, two of the researchers on the project, told me,

It became clear to us that a lot of women felt like they had been passed over in a lot of these conversations, and they were eager to share their experiences.

That may be because people are frustrated with these apps — from the visual design (too pink and flowery, and heteronormative) to inaccuracy in the predictions for when a person’s period may come.

Epstein and Lee were not surprised at the findings:

The app designs make a lot of basic technology design mistakes: poor data visualization, gendered visual design, strong assumptions about user intent, little flexibility around user goals. Talking to a few people who want to use period tracking apps would have uncovered many of these mistakes very quickly. This kind of up-front research with potential users is common in the design process, so it was surprising to see how few apps seemed to follow it.

Many of the women said that they track their periods as a “general health check” (to be aware of how their body is doing, understand the changes they may experience in different phases of their cycle, and inform conversations with their healthcare providers). Others track their periods because they’re trying to get pregnant — or trying to avoid pregnancy.

Yet, according to the study, app designers seem to assume all users tracking their cycle identify as female and heterosexual — and want to get pregnant. One reviewer said they struggled to find an app that didn’t “misgender” them and another commented that many of the apps are so focused on fertility but that Clue stood out to her because it’s not singularly concentrated on pregnancy and for its’ gender neutral language as well. Clue is also one of the apps that is not overly “frilly” and pink. On the other hand, with apps that allow users to track sexual activity, most (including Clue) only offer one choice for the partner: male.

An app user quoted in the research shares, “sex options assume sex with a man, and reminder of ovulation cycle both remind me I am not a ‘normal’ woman whenever I use the app.”

The “one-size-fits-all’ approach that the apps take to gender and sexual identity is also applied to menstrual cycles. Most of the apps, according to the study, “fail to keep up with life changes.”

In an article in The Atlantic about the study, the writer notes that the “apps’ predictions of upcoming menstrual cycles might not account for variations due to menopause or stress.”

Many women also experience irregular periods as well as interruptions in their cycle from taking Plan B (emergency contraception) or other types of hormonal contraception, or from having a miscarriage or abortion.

In response to a blog post about period tracking apps and updates to improve them, one commenter shared,

Unless the update allows for “sometimes it’s two weeks in between or two months in between”, then it will never be accurate for me. I use them just to track when I have them in case my doctor ever asks.

Many people appreciate the benefits of period tracking apps. The researchers were clear that, as “personal informatics technologists,” they wanted their recommendations to be seen as design insights for future period tracking tools. Daniel Epstein says that after this initial research he’s “much more motivated to study and develop technology at the intersection of tracking and women’s health moving forward.” And “he plans to do follow-up work on understanding how a period tracking app could best present estimates about when someone will have their period or is ovulating.”

And that’s good news. The more people invest in the intersection of women’s health and well-designed technological tools, with deep insight from the communities being served by the tools, the better it is for women’s health.