Menu
Home > Our Impact > Our Bodies, Our Blog > The Fox Guarding the Hen House: A New Battle Over Birth Control

The Fox Guarding the Hen House: A New Battle Over Birth Control 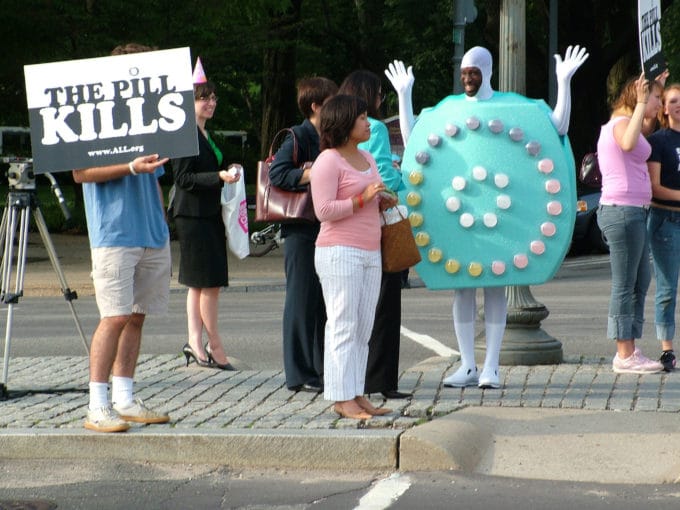 Ms. Manning is a former lobbyist for the National Right to Life Committee who has worked with the Family Research Council (FRC), both of which hold extreme, non-evidence-based anti-contraception positions. Manning appears to have dedicated much of her professional life to fighting against family planning and contraception use.

On a 2003 panel about a book she edited, Manning was quoted as saying:

You know, family planning is what occurs between a husband and a wife and God. And it doesn’t really involve the federal government, much less the United Nations, where we hear about family planning all the time. What are they doing in that business?

She also appears to believe that contraception is ineffective. During a 2003 NPR interview, she said:

Of course, contraception doesn’t work. Its efficacy is very low, especially when you consider over years — which a lot of contraception health advocates want to start women in their adolescent years, when they’re extremely fertile, incidentally, and continue for 10, 20, 30 years. The prospect that contraception would always prevent the conception of a child is preposterous.

This is the fox guarding the hen house, and women with low incomes will pay the price. We are at the lowest rate of unintended pregnancy in 30 years and a historic low for teen pregnancy because of access to birth control. Someone who promotes myths about birth control and reproductive care should not be in charge of the office that is responsible for family planning at HHS.

Manning’s appointment is obviously a political move. But the politics have serious and dangerous consequences for women’s health. Contraception is an essential women’s health tool.

In 1970, President Nixon (yes, Nixon) created the Title X program of the Public Health Service Act with bipartisan support, according to the Guttmacher Institute. The president and Congress understood that it was in our best interest to ensure that everyone, regardless of income, could receive quality, affordable family planning and preventive health care. From the beginning, Title X specifically excluded funding for programs that offer abortion services.

Title X is the only federal program devoted solely to family planning. Health care clinics and providers receive Title X funding to provide family planning and preventive health services to patients who couldn’t otherwise afford the care.  Despite only paltry increases in funding (its 2016 budget of $286,479,000 was only $1 million more than its budget in 2005), Title X has, over the past 47 years, funded services for millions of individuals. Although nine out of ten program users are young, poor women, there are a growing number of men who access services, according to the latest Title X Annual Report.

Millions of people rely on this care even with the Affordable Care Act (ACA) in place, because it bridges gaps in coverage left by the ACA.

But what most people don’t know, because activists like Manning and Yoest are too busy waging a political distraction, is that Title X saves taxpayers money. For every $1 the government spends on Title X, U.S. taxpayers save $7 — literally billions of dollars every year.

Low-income women are at high-risk of unintended pregnancy, largely because they don’t have access to affordable, effective contraception. This program has helped avert more than 2.2 million unintended pregnancies, which means taxpayer savings for prenatal care, infant care, abortions, and other maternity care services.

Title X is not just about contraception. The program provides needed preventative care to the country’s poorest women. For many Title X users, it’s the only health care they receive. This includes STI testing, Pap tests for cervical cancer, breast exams, and HIV testing. A Guttmacher analysis of the program from 2014 concludes:

The public investment in family planning programs and providers not only helps women and couples avoid unintended pregnancy and abortion, but also helps many thousands avoid cervical cancer, HIV and other sexually transmitted infections, infertility, and preterm and low birth weight births.

The appointment of Manning is one in an ongoing series of attacks on women’s health. Now that the GOP health care bill has passed the House, access to birth control is one step closer to being severely curtailed. Planned Parenthood, the largest Title X provider, is also under constant threat of being defunded.

The battle for birth control access and affordable preventive health care for the poorest people continues.