Menu
Home > Our Impact > Our Bodies, Our Blog > What Have We Learned From the Survivors of Larry Nassar?

What Have We Learned From the Survivors of Larry Nassar? 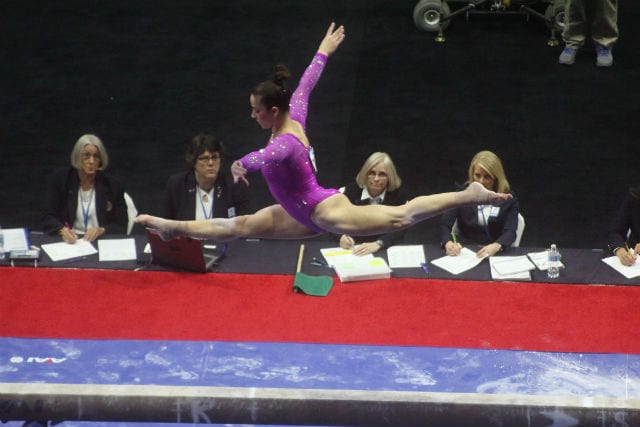 Gymnast Aly Raisman was one of the survivors who spoke at Larry Nassar's sentencing. Photo: Susie Boyland (cc)
By Amie Newman | February 1, 2018

On January 24, Dr. Larry Nassar, the former women’s team doctor for USA Gymnastics and Michigan State University, was sentenced to up to 175 years in prison for sexually abusing more than 150 girls and young women over two decades.  This was on top of the 60 year sentence he received for child pornography crimes.

Unless you tried hard to avoid the coverage, you’ve no doubt seen or heard at least some of the courageous yet devastating statements from the 168 girls and young women — his victims, his survivors — who spoke at his sentencing. It was an unleashed torrent of brutal honesty from women who had suffered, some of them for years, at the hands of a man who has been called a predator, a manipulator, and a monster.

Nassar is all of those things. He is also a man who was helped along by a system soaked in sexism. It not only allowed Nassar to get away with molesting hundreds of girls over decades (under the guise of “medical treatments”) but propped him up when victims did speak up over the years.

The accusation by Rachel Delhollander that set off the trial and subsequent plea deal was not the first time Larry Nassar was accused of sexual abuse. Far from it. According to Deadspin:

As early as 1997, young women were coming forward to Michigan State employees with claims of sexual assault against Nassar, only to be brushed off or bullied into silence. “I get a lot of questions about how do you feel about Michigan State ignoring warning signs or ignoring red flags,” Denhollander said. “You know, there were plenty of red flags that they ignored. But there were also some very blatant accusations that are far beyond a red flag.”

Victims were repeatedly ignored and discredited. Each time a young woman spoke out, she was hit by a barrage of Nassar defenders who went on the attack, according to Huffington Post:

When 2000 Olympic gymnastics bronze medalist Jamie Dantzscher became the first to go public with her accusations, hundreds of people used social media to send their support to Nassar, and to call Dantzscher a liar. And in December 2016, when the FBI arrested Nassar on federal child pornography charges, his longtime friend Kathie Klages, then the head coach of the MSU women’s gymnastics program, pressured her gymnasts to sign a sympathy card saying they supported him.

This is rape culture in action. In 2016, IndyStar initiated an investigation into USA Gymnastics and concluded:

USA Gymnastics has followed a policy of not reporting all sexual abuse allegations against its coaches. That practice has enabled coaches to continuing preying on children despite repeated warning signs.

The investigation also provided the first comprehensive look at the pervasiveness of the problem, revealing that at least 368 gymnasts have alleged sexual abuse over the past 20 years.

Remind them that it was, in fact, only thanks to the bravery of the hundreds of women who did come forward that Nassar is finally unable to hurt anyone else.

As Delhollander wrote in the New York Times, “Over the course of the trial, we became an army determined to expose the greatest sexual assault scandal in sports history. And we succeeded.”

Remind them of the heartbreaking words of Olivia Cowan, one of the survivors who spoke at his sentencing. Of Michigan State University and USA Gymnastics, Cowan said, “If they would have taken action when it was first reported, they would have saved me.”

In fact, it was only after being threatened with decertification by the United States Olympic Committee that USA Gymnastics took action and agreed to “overhaul its board of directors.” USA Gymnastics released a statement saying:

We understand that the requirements imposed by the letter will help us enhance our ability to build a culture of empowerment throughout the organization, with an increased focus on athlete safety and wellbeing.

By January 31, all members of the board of directors had resigned.

But being compelled to take some responsibility is hardly the same as USA Gymnastics making a self-directed choice to examine the deeply broken organizational systems and beliefs that allowed the sexual abuse of young women to occur over decades. It hardly makes up for the institutionalized misogyny that made sure that when young women did speak up, they were ignored or belittled.

Olympic gymnast Aly Raisman was one of the victims to speak at Nassar’s sentencing. Her speech was also one of the most widely reported on, as she unapologetically confronted Larry Nassar. According to the New York Times:

Ms. Raisman noted that neither USA Gymnastics nor the United States Olympic Committee had “reached out to express sympathy or even offer support — not even to ask, ‘How did this happen? What do you think we can do to help?’”

Larry Nassar will spend the rest of his life in prison. It’s where he belongs. Maybe there is comfort in that for some of his victims. But the road to recovery, for those who survived his abuse, and for a culture steeped in rape apology, victim blaming, and sexism, is still long. The hundreds of survivors who bravely revealed themselves and bared their pain for the world to see have done their part. Now it’s time for society and institutions to do theirs. As HuffPost reports:

This will be an incomplete serving of justice unless institutions like MSU and USA Gymnastics, which ignored and silenced victims who tried to come forward, are finally held accountable.