Menu
Home > Our Impact > Our Bodies, Our Blog > Religion-Restricted Healthcare and its Effects on Reproductive Health Needs

Religion-Restricted Healthcare and its Effects on Reproductive Health Needs 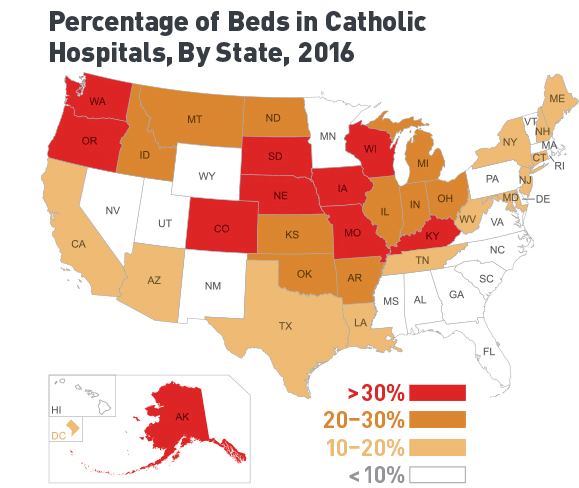 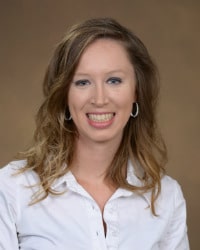 In my last year of medical school, I began looking into residency programs in obstetrics and gynecology. My first interview of the season was at a Catholic-affiliated hospital.

As the daughter of a religion scholar and professor, I was already familiar with the stance of the Catholic Church on reproductive healthcare. I knew that Catholic hospitals follow a set of ethical guidelines that prohibit doctors from providing abortions, contraception, tubal ligations, vasectomies, and infertility services, and that patients seeking these services are generally referred to other clinics and hospitals. But despite thinking I was prepared, what I learned during my interview day was shocking.

I quickly found out that there was a patient at the hospital with an ectopic pregnancy — a pregnancy that has implanted outside the uterus, most often in the fallopian tubes or elsewhere in the abdomen. The pregnancy was at twenty weeks gestation.

Ectopic pregnancies are nonviable, meaning that there’s no chance the fetus will develop or survive on its own. In addition, they pose extreme dangers to the pregnant patient. The ectopic structure that contains the developing fetus generally ruptures at approximately six to sixteen weeks gestation. When this happens, blood loss is severe and often life-threatening. The later the gestational age of rupture, the greater risk of death. For these reasons, the standard of care is to end an ectopic pregnancy via medication or surgery as soon as it’s diagnosed.

But this patient was at a Catholic-affiliated hospital, and it is against Catholic religious beliefs to end a pregnancy for any reason. Even though continuing an ectopic pregnancy is against all medical advice, the hospital was unwilling to provide a termination.

Unfortunately, this situation is not unique to this particular hospital. When private belief systems dictate healthcare access and medical decision-making in reproductive care, it poses serious threats to public health, as detailed in this report by the American Civil Liberties Union.

In emergencies, patients are generally transported to the closest available hospital. In other cases, particularly in rural areas, patients may not be able to choose a different hospital because there are no other nearby hospitals. For still others, their health insurance plan may include only the one local Catholic hospital, and they are faced with accepting the institution’s religious restrictions to healthcare or paying out-of-pocket at a different hospital.

As of March 2016, 14.5% of all acute care hospitals in the United States adhered to Catholic Directives, and one in six hospital beds in this country are in an institution that abides by Catholic restrictions to reproductive healthcare. There are 46 Catholic hospitals designated by the United States federal government as the “sole community hospital” for their geographic region.

An additional cause for concern is the recent development of the United States Department of Health and Human Services Division of Conscience and Religious Freedom, which aims to protect physicians, nurses, and other healthcare workers from engaging in care that is not in line with their religious beliefs. For patients who have access only to a religious-affiliated hospital or clinic, there are legitimate concerns that these protections might further compromise their access to reproductive healthcare.

Ultimately, I chose to pursue a secular residency program that provides full-spectrum reproductive healthcare, including integrated abortion training. Access to contraception and abortion provides patients the opportunity to pursue education, develop satisfying professional lives, become financially independent, and choose to have children when they feel personally and financially prepared.

Access to full-spectrum women’s healthcare is key to achieving gender equality. These are not just women’s rights issues; access to reproductive healthcare and gender equality concern human rights. The guiding principles of bioethics include autonomy, beneficence, utility, and justice. With these principles in mind, we must carefully navigate how private religious organizations can operate in the healthcare field in this country.

No published data exists that looks at the outcomes of women who seek emergency abortion care at Catholic-affiliated hospitals.  I never learned what happened to the patient with the ectopic pregnancy, but I think of her often, and hope that somehow, somewhere, she is still alive.