Menu
Home > Our Impact > Our Bodies, Our Blog > Adapting “Our Bodies, Ourselves” to Brazilian Portuguese: The Translators’ Experiences

Adapting “Our Bodies, Ourselves” to Brazilian Portuguese: The Translators’ Experiences 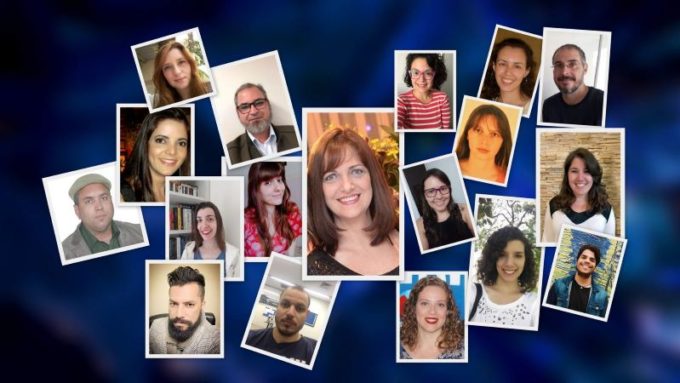 “[H]aving the opportunity of translating … “Our Bodies, Ourselves” to Brazilian Portuguese … brings me a profound sense of accomplishment, since there is not such a complete book on women’s health in Portuguese with so much information and so many references…. When we translate, we must consider the cultural identity of the women we are talking to, the means of reaching them, which information they need to have safer and more conscient lives. Each translation choice is also a political choice, inspired by reflections on the topics covered in the book: life and women’s bodies, women’s lives.” – Débora Andreza Zacharias, graduate student in Applied Linguistics at the University of Campinas in São Paulo, Brazil

In 2019, several organizations in Brazil came together to translate and adapt “Our Bodies, Ourselves” into Portuguese. The new group, which include members of the Coletivo Feminista Sexualidade e Saúde (CFSS), participants in the Research Group on Translation Studies at the Universidade Federal do Rio de Janeiro (UFRJ) and students and members of the translation team at Universidade de Campinas (Unicamp), is translating the English edition and adapting it to meet the needs of women in Brazil. 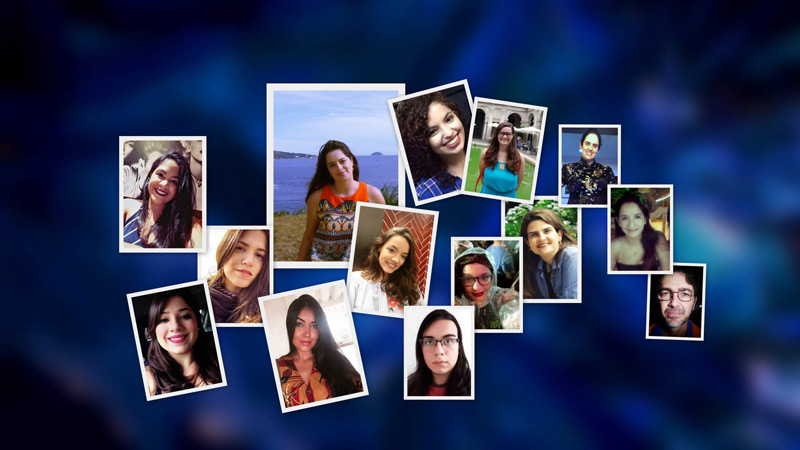 Thayna Pinheiro, a student at UFRJ, explains the beginnings of the project:

During one of our lessons about Translation Studies we came across a book called “Our Bodies, Ourselves.” …  None of us had heard about it, but we were really interested in it and decided to find out more about the book. We were all amazed by how interesting and complete the book is and we thought it would be great to have a similar book in Brazilian Portuguese. That was our motivation to start this project and collaboratively translate [the book].

Louise Hélène Pavan, a graduate student in Applied Linguistics at Unicamp, talks about reading the personal stories “Our Bodies, Ourselves” and recognizing the need Braziian women have for better information and support:

To realize that those many stories, frequently repeated on a daily basis, could be brought to attention and also to see that it was possible to improve the access to information about body care, medical issues and sexual health made me understand the importance of this translating project, especially in Brazil, where the access to a high quality education is often restricted to privileged socioeconomic groups.

According to Thayna, “Many of the topics tackled by the book are still taboo here.” Giulia Mendes Gambassi, another graduate student in Applied Linguistics at Unicamp, notes that there is a lack of sex education in most Brazilian schools, even in high quality ones. She adds that despite having access to a good education, “a significant part of the information that I found … was a novelty to me.” 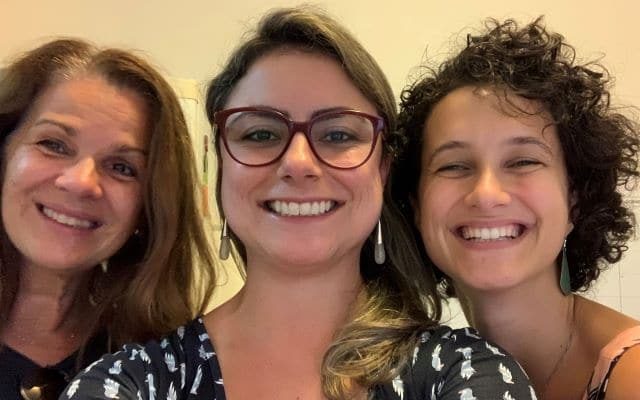 Coletivo Feminista members working on the Portuguese adaptation of “Our Bodies, Ourselves,” from L to R: Bia Fioretti, Raquel Pereira, and Luiza Cadioli

The translators worked in teams, to help each other understand both the meaning and the context of the text.  Eliane Albuquerque, a student at UFRJ, explains the importance of this process:

One of the most powerful aspects of working on the project was the commitment of the organizers to collaboration, both so the students could share their experiences and so they could discuss the issues that arose as they translated.

We had regular meetings, in which we could discuss issues on terminology and adaptations necessary to make the book true to our culture and society. We had frequent discussions on theoretical texts on feminist translation and the influence of globalization on translation, which served to undergird academic discussions pertaining our translation project.

For some of the students, this was their first experience translating as a group. According to Marcella W. Stefanini, a graduate student in Applied Linguistics at Unicamp:

The translation of one of the chapters of the book Our Bodies Ourselves was a very enriching experience, especially because it was a teamwork. The possibility of exchanging thoughts and doubts with the group and coming up with solutions together was very significant for me, as a translation student who doesn’t have much practical experience.

One of the challenges facing the translators was difficulty finding Portuguese words that were not gendered. Maria Gabriela Patricio, a student at UFRJ, talks about “realiz[ing] the extent to which Portuguese is a sexist language” and says that the “biggest challenge was overcoming that sexism.” Louise Hélène Pavan further explains:

One translating challenge that presented itself … [was] the dilemma on how to translate the term “health-care provider,” which appeared innumerous times in the text. The linguistic reality of the Portuguese language did not allow us to associate gender neutral articles to nouns and therefore “health-care provider” would be characterized either as a male or female professional.

Marcella expands on the gender issues and explains how working collaboratively “allowed us to reflect on linguistic issues that are only possible through translation, such as the issue of gender, which in English is often not marked, but is so in Portuguese. In this sense, the translation of words like ‘doctor’ and ‘health care provider’ needed to be considered in order to promote gender inclusion.”

Many of the translators talked about what they personally learned as they worked on translating various chapters. Gislaine Cristina Assumpção, a graduate student in Applied Linguistics at Unicamp, was one of the translators of the Violence Against Women chapter:

I confess that I was very uncomfortable when I started to read, and then translate. As a woman, I felt like the text was a little bit mine, too. I put myself in the place of those women who gave their testimonies, who reported the difficult situations they went through and I got emotional at several times. Like most women, raised in a macho society, I had no idea that sexual violence is not just about forced penetration. It’s much more than that.

Pérola Farias, a student at UFRJ who worked on translating the Sexually Transmitted Infections chapter, says:

As someone who has never had a sex ed class and doesn’t have a lot of experience herself, I’ve learned not only how to prevent STIs, but also how to recognize them…. I have also read every report the Brazilian Ministry of Health has put on the most common STIS in Brazil. Reading about several statistics on the different communities that make my country made me think about what those statistics say about our society. The source text written in English has the American relationship with health, race, and class, interwoven within it, and while translating and adapting the chapter, I couldn’t help but think a lot about those subjects and how to best represent the Brazilian relationship to them, while also questioning it and calling for help when needed.

I’ve learned a lot about my body and my health whilst reading and translating this content. That said, it’s important to emphasize the social relevance of this project, that has been consolidated with a diverse team, always keeping in mind that this translation project is not only about language but also about the female body and all the stereotyped aspects that follow it, gender identities, taboo and social inequality.

Maria Gabriela Patricio, another student at UFRJ, talks about what she learned as she worked on the translation:

This was my first experience translating outside a classroom … and it made me realize that translating is about making other people, who perhaps don’t have that much of acquaintance with the language in which the source text was written, have access to the material. For this reason, I found translation to be something very human, which can offer valuable information to the world.

Louise Hélène Pavan summed up her experience as a translator and why it was so important to her:

Participating on the volunteer translating project of the book Our Bodies, Ourselves was to me a form of resistance. Resistance facing the current challenges which women face day after day; resistance by bringing to society’s attention themes that are considered taboo; resistance by committing to share scientific knowledge.

The full Portuguese adaptation of “Our Bodies, Ourselves” will be published in three volumes. The first volume, with eleven chapters, including body image, abortion, birth, sexually transmitted infections, perimenopause and menopause, is set to be released in late 2020.

The project coordinators have gathered together the experiences of many others who participated in the Brazilian translation project. You can read them in this booklet.