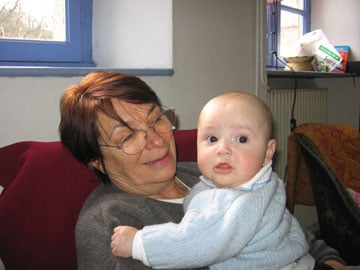 Helene is a real Hero of the 21st century.

“Her heart has been burning for all Ukrainian mothers and newborns and she’s given pieces of her soul to every health care provider who skeptically believed in a change for better future of the Ukrainian families,” said Raisa Bogatyroyva, Head of Mother and Child (MCH) Department of the Ukrainian Ministry of Health about Helene Lefevre-Cholay during Coordination Meeting of USAID-funded JSI/ Maternal and Infant Health Project (MIHP) in January 2009.

Helene Lefevre-Cholay brought to Ukraine her 35 years of valuable experience in public health, especially in maternal and child health. As COP of MIHP, she devoted all of herself in making change in perinatal practices in Ukraine to improve the health of young mothers and their newborns in Ukraine and thus to reduce high maternal and infant mortality rates.

Time-spending in Ukrainian regions, convincing health authorities and leading health care specialists, practical help and training activities, mass-media involvement and fund-raising, bringing international expertise, development of national MCH policy and cooperation with WHO, UNICEF and many other agencies to adopt effective perinatal practices in Ukraine are some of her devotion for the benefits of Ukrainian families. 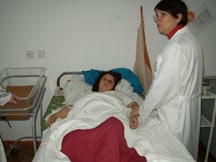 “Helene made the Ukrainian medical elite change the mentality towards progressive birthing technologies, she persuaded us by her persistent actions and hard work that women children and their families are the central point in our work,” said Dr. Leonid Markin, Professor, head of Obstetric Department of Lviv Medical University in an interview to Lviv TV channel in February 2009.

Thus, in all MIHP facilities (representing 30% of all Ukrainian births) the maternal mortality reduced by 2.5 times and neonatal mortality by 1.5 times compared to the rest of Ukraine.

Due to Helene’s personality and her devotion to improve the health of women and children,  JSI/MIHP, having demonstrated considerable achievements in MCH practices in Ukraine, closely collaborates with WHO Regional Office for Europe to disseminate MIHP informational and educational products all over the world.

For her contribution in International Health, French Government decorated Helene Lefevre-Cholay with highest French decoration — Ordre national de la Légion d’honneur (French: “National Order of the Legion of Honour”) in 2008. Helene is a real hero of the 21st century.