Earlier this week, we wrote about the groundbreaking “Friday Nights Lights” episode that dealt more honestly with abortion than most television shows in the past 30 years. We’re pleased to include this reflection by Gloria Feldt, activist, author, blogger and past president and CEO of Planned Parenthood Federation of America. We hope you’ll follow through on her suggestions to thank NBC for allowing this episode to air. 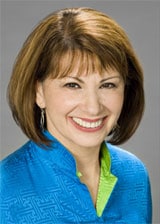 On a personal note, it pleases me no end that this truth-telling episode appeared on “Friday Night Lights.” The show is based on Buzz Bissinger’s book of that same name, a sociology of the very West Texas town (Odessa, Texas) where I lived for 20 years and the high school (Permian) from which my three children graduated.

Not only do I know Dillon/Odessa and its hardscrabble culture all too well; it was where I moved as a 15-year-old pregnant teen with my new husband. We hailed from an even smaller West Texas town, where our football team was truly the only game around (my high school classmates still play the 8-millimeter film of our state championship game at every reunion, if that gives you a clue). At least Odessa has supermarkets and movie theaters!

Odessa was also where my growing understanding of the complexity of childbearing decisions came full circle — and why, though I loved my children more than anything, I came to realize I would have been a much better parent if I’d waited 10 or 20 years to have them.

My 30-year career with Planned Parenthood began when I became executive director of the fledgling affiliate there in 1974 — an affiliate now headed by a woman who was in my older daughter’s Permian High graduating class.

Sadly, I know from stories I still get from young women that the same time-warped pattern repeats itself: Teen girl wants to please football player boyfriend and gets pregnant. The good news is that these stories now — regardless of what the girl decided to do about the pregnancy — are much more likely to end in a statement of appreciation for having had choices in the first place.

This particular episode of FNL is a testament to the fact that regardless of the reactionary, shaming culture and a media with a rightward tilt, real life women will find a way to save their own lives — even in unlikely places like the fictional Dillon and the very real Odessa.

I’ve sent NBC a note of appreciation and urge all of you to do same. We’re good at reacting when we don’t like something, but less so when there’s a show worthy of applause. Here’s where you can go to send a comment: http://www.nbc.com/contact/general/