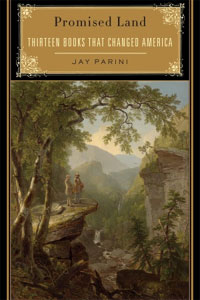 I caught Heller McAlpin’s short review in the San Francisco Chronicle and was delighted to see that “Our Bodies, Ourselves” made Parini’s “bonus list” of 100 additional influential books.

Parisi cautions that he did not set out to list “the ‘greatest’ American books,” but rather “an exploration of national myths” and “books that played a role in shaping the nation’s idea of itself.”

I’m interested in reading why Parini chose this baker’s dozen. Dr. Spock’s book is an interesting pick considering all the political titles, though it does remain incredibly popular and is credited with changing attitudes about raising children. Of course it would have been nice to see more texts by women.

You might do a double take at the inclusion of the Sears, Roebuck Catalog (1902) and “Jane Fonda’s Workout Book” (1981), wonder about Caroline Kirkland’s “A New Home – Who’ll Follow?” (1839) or question the absence of David Riesman’s “The Lonely Crowd,” “The Merck Manual” or “The Great Gatsby.” Or you might head to your bookshelf, bookstore or library to start reading.