As a 19-year-old sophomore at Beloit College in Wisconsin, I became a resident assistant. At Beloit, at least when I was there, RAs weren’t simply the dorm cops they were at other schools; Beloit’s resident assistants were in a kind of peer review/leadership program. RAs selected and supervised each other. We were required to provide a host of resources to residents, including counseling and social, emotional and educational programming.

Do you remember when you first read “Our Bodies, Ourselves”? Tell us your story!

Among our basic tenets, we believed in the power of co-ed dorm living, and we encouraged parents and students to avail themselves of its many advantages. We found, for example, that there were significantly fewer fights, vandalism incidents, and unwanted pregnancies on co-ed floors than on single-gender floors. The vast majority of our students saw wisdom in that, the annoyance of knocking on the bathroom door notwithstanding. 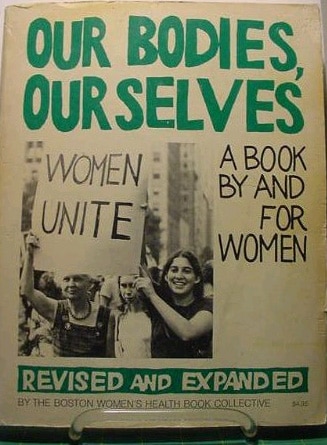 I was thrust into this RA program as a 19-year-old suburban boy who’d attended an all-male Catholic high school and grew up in a staunchly pro-life home. Probably because I was a theatre minor, I was assigned to take over mid-year for the RA of the Arts Co-Op – needless to say, a houseful of free thinkers. The RA selection process had been fairly intense, and there were several days of training before the semester began. The only resource given new RAs that wasn’t written or patched together by one of our staff, however, was a brand new copy of “Our Bodies, Ourselves.”

Perhaps the Boston Women’s Health Book Collective donated them for that purpose. Perhaps Beloit College had the foresight to go out and buy them for us. In any case, there was no explanation of how a book “by and for women” would be useful to me as an RA. I shrugged and assumed the mystery would be revealed in the reading. Wasn’t college just a series of mysteries revealed? I took it home over the holiday break and promised myself I’d at least look at it.

By the time the winter break was over, I’d read all but one of the major sections. Thoroughly. Had made notes in the margins. And let’s see … how to put this without sounding silly: I was changed. I didn’t lose my virginity until a month later, in the same awkward, forgettable way most kids do, I guess, but something about having explored that book made me more … whole. More thoughtful. More conscious. I remember feeling equally a pride in the things I now knew, and a certain shame for the many misapprehensions I’d long held. I felt paradoxically humbled and empowered by “Our Bodies, Ourselves,” even if it wasn’t meant for me.

I suppose I was even more transformed by the afternoon I spent three months later: Driving a resident to the nearest clinic, sitting and talking quietly with her in the waiting room, waiting for her, and then driving her back to the dorm. Honestly, though, I’m not sure I could have been very helpful, even to that desperate young woman who felt she had but one option, if I hadn’t read “Our Bodies, Ourselves.”

Today, I’m 46 and the father of 2-year-old twin girls. Someday, when the time is right, my wife and I will introduce our daughters to an edition of the book that has no doubt come a long way since then. Their father certainly has. Thanks, OBOS. 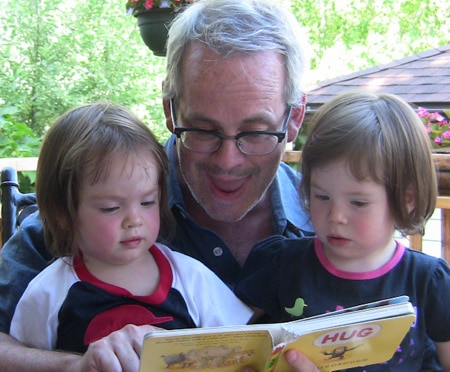 Paul Noble has taught English for 24 years at Oak Park and River Forest High School. When his daughters allow, he also acts professionally in Chicago, or rewrites the occasional, nagging short story.

In this series, readers tell their stories about their experiences with the book and its impact on their lives. You can view more stories and submit your own.