As a teenage girl, I watch television on a regular basis. “Glee” happens to be a favorite of mine. Unlike most shows on television, “Glee” showcases students of every race, religion and size. There are multiple representations, but more importantly, there is accurate representation. 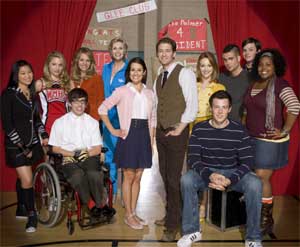 The majority of shows now depict glamorous lifestyles enjoyed only by the rich and skinny. Shows like “America’s Next Top Model” are not only using unrealistically thin women, they are forcing women to compete to be the most beautiful.

The media’s obsession with thinness is having a serious effect on girls and young women. Narrow definitions of the “perfect woman” put a box around women, and it is closing in on our ability to be ourselves.

Studies show that “cultural pressures that glorify ‘thinness’ and place value on obtaining the ‘perfect body'” play a major role in causing eating disorders. Over half of teenage girls use unhealthy weight control methods such as skipping meals or taking laxatives.

Most children begin watching television shows at a young age. By age 10, 81 percent of girls are afraid of becoming fat. It is because of the portrayal of teens on shows such as “Gossip Girl,” which attracted more than 2 million viewers during the 2009 fall season, that girls believe they must be thin to be “hot” or to have relationships. This message needs to be reversed.

It is not only young girls who are affected by the media’s messaging; 45 percent of U.S. women are on a diet any given day. The sexualization of women on television reaches millions of viewers every day. There is a significant difference in the messaging between the representation of women in the Victoria’s Secret commercials, where only thin models strut in their panties with angel wings on, and the Playtex bra commercials, which showcase women of varying sizes. 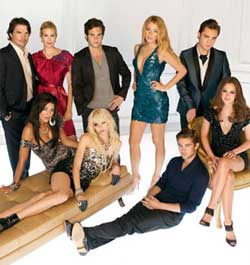 The truth is most fashion models are thinner than 98 percent of American women, but we rarely see ourselves on TV or in movies. The lack of accurate representations of women in the media has created the belief that we’re not good enough unless we look like those models or actresses.

It is time to change that mindset. The media is playing to what they think we “like” to see. It is up to us to change their ideas. I know I would like to see more girls that look like me. On Monday nights, I choose the self-esteem boosting characters of “Glee” over the inaccurate portrayals of teens on “Gossip Girl.” If we have more of these options, a real change will commence. Women have the power to demand this change. And from that change, we will all benefit.

Culley Schultz is a senior at Glen Ridge High School in New Jersey where she is vice-president of the Glen Ridge chapter of Girls Learn International. Culley previously interviewed teen girls on their views of media representations of girls and women. Watch the video at the Women’s Media Center.

Look for another post from the SPARK blog tour tomorrow at Feministe.

SPARK — which stands for Sexualization Protest: Action, Resistance, Knowledge — is both a summit and a movement designed to push back against the increasingly sexualized images of girlhood in the media.

The SPARK Summit, scheduled for Oct. 22 at Hunter College in New York City (and virtually online), is focused on working with girl leaders and activists to jump start an intergenerational movement for girls’ rights to healthy sexuality. The idea is to engage teen girls and young women to be part of the solution rather than to protect them from the problem by providing them with information and tools to become activists, organizers, researchers, policy influencers and media makers.