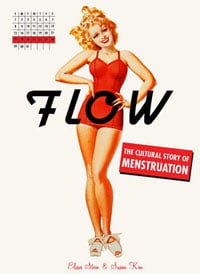 If you’re in New York this evening, you may want to head over to the Housing Works Bookstore Café (126 Crosby St.) at 7 p.m. for a free panel discussion on “marketing embarrassing products to women.”

While that might not sound like the most appealing way to spend a Monday night, consider these three reasons to attend

Panelist #1: Sarah Haskins created, wrote and performed in the “Target Women” series on Current TV, where she spoofed advertiser’s and marketer’s ridiculous ways of selling women products, entertainment and ideas. She now writes screenplays. Funny ones.

Panelist #2: Susan Kim is a playwright, TV writer and author. She co-wrote “Flow: the Cultural Story of Menstruation” with Elissa Stein, and she has two graphic novels, “City of Spies” and “Brain Camp” (co-written with Laurence Klavan) due out from First Second Books this year. Her plays include the stage adaptation of Amy Tan’s “The Joy Luck Club” and numerous one-acts.

Panelist #3: Allison Silverman launched “The Colbert Report” as co-head writer and later helmed the show as executive producer. She was awarded a Peabody, an Emmy for Outstanding Writing, a Writers Guild Award and three Producers Guild Awards. Her previous writing credits include “Late Night with Conan O’Brien” and “The Daily Show with Jon Stewart,” for which she won a Peabody and an Emmy. Silverman was recently a recipient of New York Women In Film and Television’s Muse Award.

The moderator is Hanna Rosin, co-editor of Slate’s DoubleX and contributing editor at The Atlantic Monthly.

Bonus: 100 percent of the profits at this cultural center go to Housing Works, Inc., which provides housing, healthcare, job training and advocacy for New Yorkers living with HIV/AIDS. Now go with the flow.