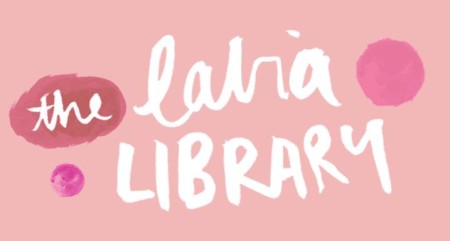 Cosmetic genital surgery on the labia has been of both increasing interest and concern in recent years. Many attribute this to the fact that the most readily available images of vulvas, which happen to be in pornography, don’t tend to show much variation in shape, color, hair, or other characteristics.

A few resources exist to help promote the idea that there is a much wider range of what is normal than we often see in media. The Labia Library, run by Women’s Health Victoria, is a small photo gallery of labia, primarily of white-appearing women. The site also addresses body image concerns in the section Are My Labia Normal?.

Writing in the Daily Life, an Australian publication, Melissa Brock does a terrific job contextualizing the concerns women have about their bodies (and a ridiculous Catch-22 when it comes to censorship guidelines):

In Australia over the past 10 years, medical rebates for labiaplasty (surgical reduction of the inner or outer labia) and vulvoplasty (surgical remodelling of the vulva) have risen from 640 claims in 2000-01 to 1565 in 2010-11, though the real number of procedures is thought to be much more. At the same time, mainstream pornography has become more explicit, showing extreme close-ups of hairless female genitalia. Previously hidden behind a bush of hair, labia are now under close scrutiny. The type typically featured in pornography are known as the “Barbie” or “clamshell” variety, where everything is neatly tucked away. And just to complicate the matter, Australian censorship and print publication guidelines dictate that the inner labia must not protrude beyond the outer labia. Houston, we have a problem. Many women are not designed this way and have started to question whether they are “normal”.

Brock goes on to describe her own experience visiting the online Labia Library:

I was alone in my bedroom on a computer looking at women’s genitals. Surely I was doing something wrong. I would have to clear my browser history. But that thought was short-lived because, devoid of the lingerie, the ambient surroundings and orgasmic groans of pornography, it was fascinating. I never knew what other women actually looked like down there. It was strangely liberating. It turns out I’m not alone – Butera says the site survey has been “overwhelmed by positive comments”. Hannah Cooper, 38, a personal assistant from Sydney, says of the library, “When a friend suggested I check it out, I thought eeek … but it wasn’t gross and it wasn’t sexy. They were all just so different and it makes sense. Everyone has a different face – it follows that people would have different labia.”

On tumblr, the Large Labia Project includes photo submissions from readers who believe their labia are “large” — the point being that all sizes of labia can be “normal” and beautiful. These resources make it easier for us all to see that outside of pornography, everyone is different. Another excellent resource on this topic is Scarleteen’s article “Give ’em Some Lip: Labia That Clearly Ain’t Minor,” and the accompanying illustrations from Betty Dodson.

In part because of anxieties about the appearance of their genitals and lack of examples of the wide range of genitals, some women have elected to have cosmetic surgery to make their appearance more “normal.” The New View Campaign has a lot of good info on cosmetic genital surgery, including this set of FAQs.

The Royal College of Obstetricians and Gynaecologists (in the UK) recently released an ethical opinion paper on the subject of genital cosmetic surgeries to guide doctors on this issue. The paper emphasizes the lack of high-quality or long-term evidence about the safety, risks or even patient satisfaction with these surgeries, explaining that doctors “must be aware that they are operating without a clear evidence base.”

There are currently no controlled trials or prospective studies investigating the clinical effectiveness or risks of labiaplasty procedures. There are small case reports and a few larger retrospective studies, all of which offer scant descriptions of methodology or study design. Since the surgical studies are authored by the surgeons who performed the operations, there is little independent evaluation.

RCOG also emphasizes that “so-called norms” presented in media are “digitally modified and should be challenged by those who deal with women requesting labial reduction for ‘aesthetic’ reasons.” To learn more about normal vulvas and issues around cosmetic genital surgery, read previous posts: