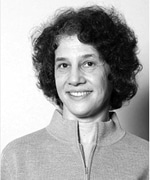 As a medical student in Chicago in the late 1960s, Dr. Chavkin occasionally loaned her apartment to the Jane Collective, an underground abortion network. She later said that her experience with the Jane Collective “pushed me towards becoming a doctor.”

Dr. Chavkin decided to specialize in obstetrics and gynecology. She began practicing medicine shortly after Roe v. Wade legalized abortion, and has advocated staunchly and openly for reproductive rights ever since.

In her dozens of publications, she exposes the disparities in the medical care for women and men as well as the obstacles preventing women from obtaining reproductive health care. Much of her research has examined maternal health and mortality, especially for low-income women.

Last year, Dr. Chavkin joined forces with other public health experts to make the case for reorienting the U.S.  medical system so that women receive all of the care they need throughout their lives. That report, Women’s Health and Health Care Reform, was a touchstone for members of Congress as they shaped health reform legislation over the past year.

Dr. Chavkin has helped countless doctors and students use their medical expertise and experience to support reproductive health care in the legislatures and the media. As a founder and the second board chair of Physicians for Reproductive Choice and Health, she led her colleagues in a campaign against the so-called partial-birth abortion ban. In 2007, she co-founded an initiative called Global Doctors for Choice that so far has enabled physicians from 20 countries to share strategies for expanding access to reproductive health care.

Through her research, teaching of public health students, and organizing of fellow physicians, Dr. Chavkin ensures that women’s health remains a priority for governments around the world.