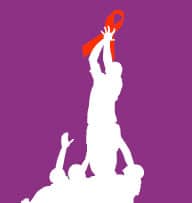 “Stop AIDS. Keep the Promise” is the campaign message of the 20th annual World AIDS Day. The theme this year is leadership, same as it was in 2007. But while last year people were encouraged to take the lead, this time the emphasis is on delivering on those promises.

“Building on the 2006 theme of accountability, leadership highlights the discrepancy between the commitments that have been made to halt the spread of AIDS, and actions taken to follow them through. Leadership empowers everyone -– individuals, organisations, governments –- to lead in the response to AIDS,” reads the World AIDS Day website.

“For 280,000 HIV-positive women in the United States, new treatments have revolutionized care, making it possible to live on for decades and to bear children without transmitting the disease,” writes Molly M. Ginty at Women’s eNews. “But at the same time, women’s health advocates are marking the 20th annual World AIDS Day with more than a hint of frustration.”

Among black women, the disease has become so rampant that it is this group’s leading cause of death in the 25-to-34 age bracket.

Health advocates say the rapid-fire spread of HIV-AIDS among women is fueled by the health care system’s failure to address it.

In the 1990s, studies showed diaphragms and the spermicide nonoxynol-9 did not protect women against HIV, as previously hoped. Researchers started developing microbicides, topical products that prevent HIV from infecting a woman’s cells and give her more control over prevention than condoms do because she doesn’t have to negotiate their use with a partner.

But under the Bush administration, the Bethesda-based National Institutes of Health devoted only 2 percent of its AIDS budget to microbicide research, and trials of two major microbicides failed.

– “Now is the time for the medical community and policymakers to embrace U.S. guidelines for all Americans aged 13-64 to be tested in routine medical care. Barriers to implementation of HIV testing guidelines, such as state laws that mandate counseling with testing or not paying for routine medical care, must be removed,” writes Dr. Anthony S. Fauci, director of the National Institute of Allergy and Infectious Diseases at the National Institutes of Health, in a commentary posted at CNN.

– “A viable vaccine is still very possible, and with it comes the potential to wipe out HIV/AIDS. But the science behind any new candidate vaccine must be much stronger than it has been in the past before testing begins in humans,” reports HealthDay News.

– Susan Dominus writes about the AIDS memorial in New York that didn’t exist before this week.

– Starbucks will donate 5 cents from every drink purchased today to The Global Fund. Miriam suggests separating consumerism from giving. Just give directly.

– President-elect Barack Obama addressed World AIDS Day by posting online videotaped remarks that he made to the Saddleback Civil Forum on Global Health. Via Washington Post.

“I salute President Bush for his leadership in crafting a plan for AIDS relief in Africa and backing it up with funding dedicated to saving lives and preventing the spread of the disease,” Obama said. “And my administration will continue this critical work to address the crisis around the world.”