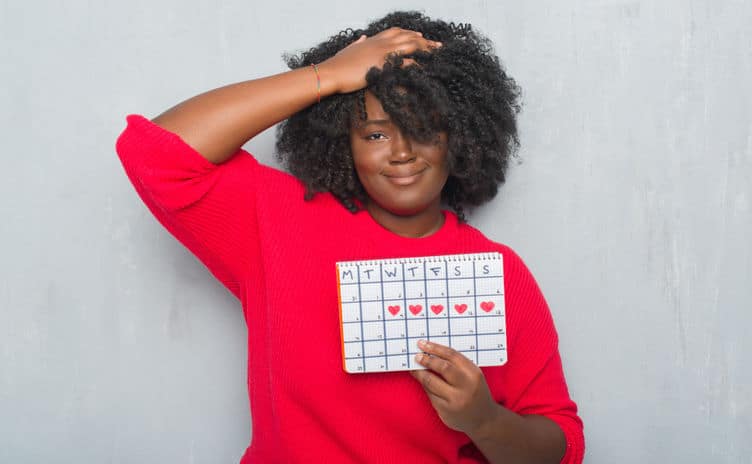 Physical and Emotional Challenges Through the Menstrual Cycle

The menstrual cycle is governed by hormones that rise and fall in rhythmic patterns, influencing the variety of physical sensations and emotional shifts that you may experience for several days before menstruation and sometimes during the first few days of menstrual flow. Hormonal fluctuations are normal and are not a sign of a hormone imbalance.

Some people report not feeling very different, or experiencing increased energy and creativity. Among the more negative changes are mood swings, fatigue, depression, bloating, breast tenderness, and headaches. These premenstrual experiences may be mild, but sometimes they can disrupt our lives significantly.

It’s not uncommon to experience mood changes before your period, including some level of depression and emotional irritability. Sometimes issues that have been with us all along become more pronounced at this time. Or they might be authentic expressions of feelings you’re not usually comfortable enough or secure enough to show. The intensity of these symptoms and frustrations may be completely manageable or feel intolerable.

Certain self-care and nonmedical techniques can sometimes help with mood changes. Approaches that have proved useful in a few studies include exercise, calcium, vitamin B6 supplementation (although too much B6 can have serious side effects), and the herb Vitex agnus-castus (chasteberry).

A small but significant number of women experience extreme premenstrual depression that interferes with work, social interactions, and general well-being. In these instances, recognition and care are critical. If premenstrual depression interferes noticeably with your daily life (you don’t want to get out of bed, you miss work, or you have suicidal thoughts) and non-medical approaches are not helpful, seek advice from your primary care provider, your ob‑gyn, or a mental health professional.

Medical treatments for premenstrual depression include using hormonal contraception continuously, so that there is no menstruation, or taking antidepressant medications called SSRIs. However, there are questions about the effectiveness and safety of SSRIs. (For more information, read Depression and Other Mental Health Challenges During Pregnancy.)

The term “PMS,” which stands for premenstrual syndrome, is often used with words like “symptoms” and “treatments,” as though premenstrual changes are an illness. This does not reflect the real and significant variation in experiences.

Similarly, there is debate about the term and diagnosis “premenstrual dysphoric disorder” (PMDD), which is used to describe a severe and rare form of premenstrual depression. Some critics argue that the term, created by the American Psychiatric Association in 1993, pathologizes menstrual changes by giving women the label of a specific psychiatric “disorder,” and reinforces the idea that we should not be in positions involving great authority or stress.

Pharmaceutical companies whose medications are approved by the FDA for anyone with a PMDD diagnosis sometimes create marketing materials that encourage overuse of this diagnosis. The Bayer pharmaceutical company had to run corrective advertisements to make up for ads that implied that simple irritability and other common premenstrual discomforts were PMDD and should be treated with its birth control pill, Yaz. Its corrective ads explained that PMDD is both rare and severe.

In another instance of the possible overuse of a PMDD diagnosis, the European Medicines Evaluation Agency refused to approve drugs for PMDD, raising concerns that women “with less severe premenstrual symptoms might erroneously receive a diagnosis of PMDD resulting in widespread inappropriate short- and long-term use of fluoxitine [Prozac].”

I’ve always had cramps during my period and sometimes they made me pretty miserable. When my periods returned after I gave birth, my attitude toward cramps changed. Having felt labor contractions, I had an awareness that the cramping was actually just my muscle contracting. I still have moments when menstrual cramps suck (yay for ibuprofen), but I also have moments when I feel them, tune in, breathe, and feel powerful.

Experiences with menstrual-related cramping varies widely, from no cramps to severe ones. A particular constellation of symptoms, including cramping and often nausea and diarrhea, may be caused by excess production and release of prostaglandins. (One form of prostaglandins, which are hormone-like chemicals found throughout the body, causes contractions of both the uterine and the intestinal muscles.)

With too many prostaglandins, the usually painless rhythmic contractions of the uterus during menstruation become longer and tighter at the tightening phase, keeping oxygen from the muscles. It is this lack of oxygen that we experience as pain. Anticipation often worsens the pain by making us tense up. It’s not clear why some of us have more uterine prostaglandins than others, but this sort of menstrual cramping is actually a sign of normal hormone cycling and ovulation.

If these methods do not work, consider seeing your healthcare provider. Prescription-strength nonsteroidal anti-inflammatory drugs (NSAIDS) such as ibuprofen, birth control pills, other forms of hormonal contraceptives, and the Mirena intrauterine device, can often diminish severe menstrual cramps.

Heavy menstrual bleeding (which may include clots of blood) or bleeding happening outside the normal cyclic menstruation is referred to as abnormal uterine bleeding (AUB). For more information, see Abnormal Uterine Bleeding.