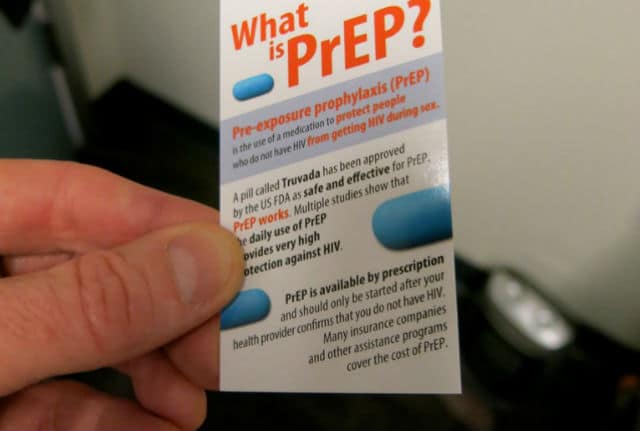 HIV Prevention Strategies and PrEP: What Women Need to Know

The Centers for Disease Control (CDC) estimates that 1.2 million people in the United States are at substantial risk for acquiring HIV.  Luckily, there is now a daily pill that can protect them.  This approach — called called Pre-Exposure Prophylaxis, or PrEP — reduces a person’s risk of acquiring HIV if exposed to the virus by 90% or more.

PrEP is a term that can refer to any medicine that prevents a disease or condition rather that treating it. Hormonal contraceptives, for example, are technically a form of PrEP because they prevent pregnancy. These days, however, PrEP usually refers specifically to anti-retroviral pills taken to prevent HIV.  In 2012, the FDA determined that Truvada, a pill commonly prescribed for HIV treatment, was also safe and effective for HIV-negative people to use as PrEP. Women’s health activists recognized this as a major breakthrough — finally, a non-condom tool that women could use to protect ourselves without a partner’s knowledge or approval. Unfortunately, it remains largely underutilized by women.

According to the CDC, about 492,000 men who have sex with men (MSM) in the United States could benefit by using Truvada as PrEP. So could the 468,000 women who are also highly vulnerable to HIV. Although the number of lives potentially affected are about equal, the marketing of PrEP has not been targeted to women. Small, relatively equal numbers of both men and women (cis- and transgender) used PrEP in 2012-2013 because very few people knew about it. Between 2012 and 2015, the number of new PrEP prescriptions among male patients (mostly white) rose from 51% of all U.S. PrEP users to 89%.  Correspondingly, the percentage women using PrEP dropped from nearly half in 2012 to barely one tenth in 2015.

Gilead, the manufacturer of Truvada, also reported that among the 44% of PrEP users on whom they could access data, 75% were white, 12% were Hispanics, 10% were African-Americans and 4% were Asian. These gender and racial disparities are endangering the lives of people of all genders who are at risk of HIV and do not self-identify as MSM.

As usual, this unbalanced access is the result of a number of factors, including widely unequal health care access generally and how PrEP is being marketed specifically. Most cisgender women have never heard of PrEP. If they have, they generally assume it is a product for gay men. This is unsurprising, given that most MSM PrEP users (over half of the 89% of all users mentioned above) live in San Francisco, Washington DC, New York or Seattle. In these cities, PrEP education and promotion are being done primarily by local LGBTQ-focused health care providers and organizations.

By contrast, woman-focused PrEP education is very gradually becoming more visible online and is being delivered face to face in only a few cities, most notably Washington DC. Chicago HIV prevention advocates have organized and launched a campaign promoting PrEP to people of all genders — thus defining another, more inclusive path forward.

The cis and transgender women most vulnerable to HIV and most likely to benefit most from PrEP are predominantly women of color who are coping with poverty, inadequate access to health care, and a host other structural barriers. Most have never heard of PrEP.  It is no wonder that many express anger when they find out that there’s a new HIV prevention method that no one mentioned to them. Even on the CDC brochures designed to educate the public about PrEP, the only woman depicted is wearing a white coat and prescribing it for a man.

Offering PrEP in family planning settings is a highly efficient way to make it more accessible to women who may want it, and some family planning clinics are incorporating it.  Many providers, however, hesitate, because they feel that they don’t know enough about HIV medicine to oversee its use.  Another factor inhibiting their willingness to prescribe PrEP is the current lack of consensus regarding PrEP’s “time to effectiveness” in the vagina versus in the rectum.

Clinical trials show that when a cisgender woman takes a Truvada pill as PrEP daily for 20 days, her vagina builds up a drug level sufficient to reduce her risk of getting HIV (if exposed) by 90% or more.  In rectal tissue, however, that level of protection is reached in 5-7 days. This may help to explain why previous clinical trial results of PrEP showed higher effectiveness among men than among women. PrEP is simply less “forgiving” for women than for men. Rectal protection can likely be maintained even if the user forgets a pill here and there.  But vaginal protection levels can drop more quickly if dosing is inconsistent, thus giving the woman who misses a pill slightly less protection in the short term.

It is important to remember, however, that this isn’t a zero-sum game. As with oral birth control pills, the level of protection may drop slightly if a pill is missed, but missing one doesn’t mean automatic zero protection. PrEP starts to reduce HIV risk in the vagina as soon as a woman starts taking them and this builds up to full protection in 20 days. As with birth control pills, women are advised to use additional protection (condoms) during the build-up period and briefly after missing a pill, to be on the safe side. But if a pill is missed, resuming daily pill use will provide full protection fairly quickly.

Longer-acting injectable PrEP is also under development. A clinical trial started in 2016 to find out if a long-acting form of an HIV drug called cabotegravir, injected once every 8 weeks, could provide the same level of protection from HIV as daily oral Truvada is providing now.  The study is currently enrolling 4500 men and transgender women at 45 sites in eight countries in the Americas, Asia, and Africa, with results expected in 2021.  Other studies of cabotegravir are also underway. In these studies, all participants are provided with free condoms and urged to use them to reduce their HIV risk.  If these studies yield positive results, PrEP users may be able to choose an injection every few months and get the same protection as is now provided by the daily pill.

In 2017, nearly 40,000  people in the United States were diagnosed with HIV. Approximately 1.1 million are living with HIV and one in five of them are cisgender women. Unfortunately, it is difficult to know the exact number of transgender women who are infected, due to stigma and faulty data collection in many areas. But the CDC estimates that about 14 percent of all transgender women in the U.S. are infected with HIV. Black transwomen are nearly twice as likely to be infected as Latina women, and more than six times more likely than white transwomen. This level of risk is nothing less than an emergency for women’s health activists and demonstrates that for many, especially people of color, HIV is very far from over.

Just as women need a wide range of contraceptive options, we need multiple options for HIV prevention. Some women can’t or don’t insist that their partners use condoms, for a wide range of reasons. Some HIV negative women want to have children with their partners who are living with HIV. PrEP is a new technology to help us meet this need. But the science required to develop it is only the first half of the challenge.  Now we are faced with the second part — putting this new technology within reach of any and all women wishing to use it. Activists have to do that part.