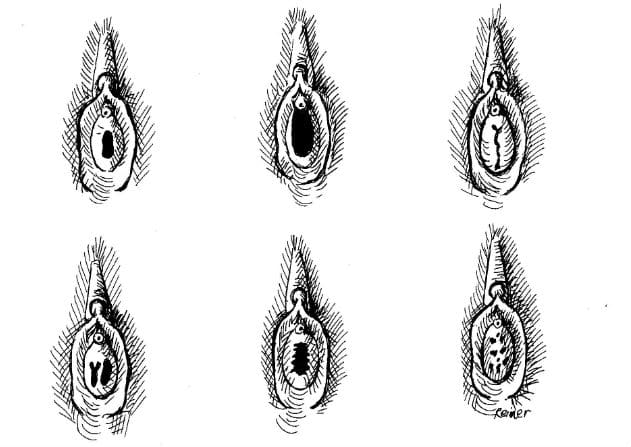 What Exactly is a Hymen?

The hymen is the stuff of legend and lore in many cultures, the treasured prize a woman gives her husband on their wedding night.

To the extent this still holds true, you just have to read the steady stream of stories about women who are undergoing surgery to have their hymens “restored.”

Recently, the topic turned up in the international headlines, when a French appeals court in the northern city of Douai ruled that virginity could not be considered an “essential quality” for a valid marriage.

Along the way, that case helped draw attention to the surge in demand in France for hymenoplasty, or surgical repair of the hymen, before a Muslim woman’s wedding date.

In an attempt to dispel some of the myths surrounding hymens, a Swedish sexual rights group advocates for a new name. Learn more: Renaming the Hymen: Vaginal Corona
What strikes me about this surgical trend — and what I don’t hear being discussed enough — is the extent to which it shows how little anyone really seems to know about this particular body part.

Because of many women’s ignorance about the hymen, they may be having their hymens “restored” to a condition they may never have had to begin with. People often do not know what it looks like or what really happens to it when virginity is lost.

What does it mean to be a virgin?

I’m aware of this widespread confusion because of the adolescent patients I see in my work as a nurse practitioner providing health care to teens. Often, in my exam room, they’ll ask, “What does it mean to be a virgin?”

Despite all the sex that teens are exposed to in the media — whether in the hit TV show “Gossip Girl” or reality shows on MTV such as “A Shot At Love With Tila Tequila” — I’m here to tell you that some are still wondering whether or not they are virgins!

For example, some of my teen patients have questions about a partner (male or female) inserting a finger into a vagina. Does that “de-virginize” her? If a girl uses a tampon does that cause her to lose her virginity? If she falls off her bike, might that affect her hymen, and thus her virginity?

Who loses their virginity to a bicycle? Well, it depends on how you define virginity, and what you know about hymens.

Contrary to popular belief, the hymen is not a flat piece of tissue covering the vagina, which is punctured during intercourse. If it were, girls would not be able to menstruate before they lose their virginity because there would be no outlet for menstrual blood.

Every Hymen Is Different

Like eyes, noses and breasts, everyone is a little different. Girls often disrupt the hymen during play. What actually happens when the hymen is “broken,” whether by playing or by intercourse, is that a few areas of the hymen are torn. There is often some bleeding.

Nonetheless, the hymen is prized and parents (and teens) sometimes worry that the prize has been lost. Often, mothers bring their daughters to see me because they, or the father, want to know if the girl is a virgin.

Of course, in New York (and many states) teens have a right to confidential care so I cannot tell the mother anything unless the teen gives me permission to do so. But even if I am allowed to talk to the parent frankly, I often can’t give the yes-no answer they want. It is not so easy to tell whether a girl is a virgin, because hymens are so varied. If there is not much of a hymen I have no way of knowing what happened to it. Was it a boyfriend or a bicycle? Or, perhaps, this girl did not have much tissue there to begin with.

The hymen is the focus of many traditions. In some cultures, the newlyweds are expected to consummate the marriage immediately after the wedding ceremony and then appear before their guests with the blood-stained sheet to prove that the bride was a virgin. But many women who have never had intercourse don’t bleed during first intercourse because their hymen has already been disrupted.

I suspect that even though health advocates have for decades encouraged women to become better acquainted with their own anatomies, many women still don’t even know what their hymen looks (or looked) like.

While men may boast about the size of their genitals, you never hear a woman talking about her hefty hymen or colossal clitoris. Women are simply not familiar with their reproductive anatomy. For one thing, it is much harder to see. (Of course the ovaries and uterus are not visible without special paraphernalia.) A man’s equipment is easily visible to the eye. Many women are too shy, even with themselves, to pull out a mirror and take a look.

As for that common teen question about virginity, here’s the best answer I can give after working with this group of patients for 20 years.

I believe that virginity is what the individual thinks it is. It certainly is for men, who bear no tell-tale signs of lost virginity.

The concept of virginity has an emotional connotation. It is more than just the physical disruption of hymenal tissue.

I raise all this because a better understanding of their bodies might enable women to take more control during sexual situations. A recent national study of teen and young adult women in the United States found that 1 in 4 have a sexually transmitted disease.

This article was previously published in Women’s eNews and is reposted with permission.