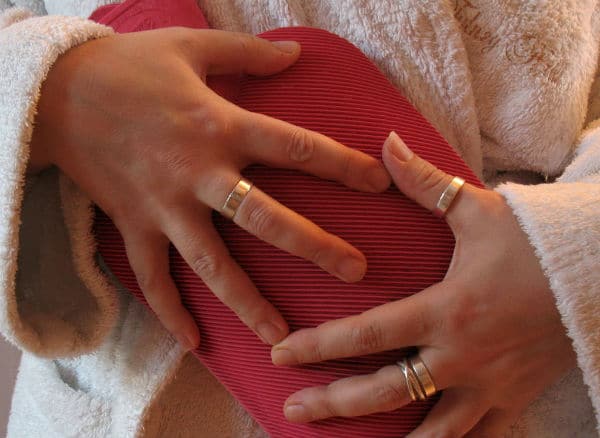 What to Expect in Perimenopause

Special thanks to Marcie Richardson and Nina Coslov

Over the course of many years and many periods, women get used to our menstrual cycles and the hormonal changes we go through each month. Often these cycles are quite consistent. Then, at some point in midlife, things begin to change, and we transition from our reproductive years to the natural end of monthly menstrual cycles. This transition — called perimenopause — usually begins in the 40s and ends by the early 50s, although any age from the late 30s to 60 can be normal. Many women are unprepared for changes perimenopause brings.

Perimenopause can last anywhere from one to 10 years. During this time, the ovaries function erratically and hormonal fluctuations may bring about a range of effects. The most commonly reported symptoms are heavy menstrual bleeding, shorter cycles, night sweats and hot flashes, disrupted sleep, vaginal dryness, and mood and memory changes. Many women also report sore breasts, headaches, weight gain, cramps, and urinary changes.

It can be difficult to know whether you’ve entered perimenopause, because the hormonal fluctuations begin while menstrual periods are still regular. Some women breeze through this transition. For many others, the hormonal changes create a range of mild discomforts. And for about 20 percent of women, the hormones fluctuate wildly and unpredictably, and spiking and falling estrogen and declining progesterone cause one or more years of nausea, migraines, weight gain, sore breasts, severe night sweats, and/or trouble sleeping. For this group, perimenopause can be enormously disruptive both physically and emotionally.

Perimenopause can sometimes be managed through self-help approaches such as meditation, yoga, relaxation, exercise, diet, enough sleep, and support from family and friends. When perimenopause is particularly difficult, a combination of non-medical and medical solutions, including hormone treatments, may be helpful. Health care providers who are well informed about perimenopause can be important partners in thinking through the options. For most women, the challenges of perimenopause go away once menopause (one year since the last menstrual period) is reached and hormone levels even out.

Although every woman’s transition is different, there are many common features. Below are brief description of signs or symptoms you may experience.

One common change in early perimenopause is shorter cycles, usually averaging two or three days less than usual. This means your periods are coming more often, sometimes with just two or three weeks between them. You may feel as though you’re starting a period when the last one has barely ended. In later perimenopause, you may skip a period entirely, only to have it followed by an especially heavy one. Occasionally, you may skip several periods, only to have them return as regular as clockwork.

The hormonal ups and downs of perimenopause can be the cause of almost any imaginable bleeding pattern. Every woman has her own script. When estrogen is lower, the uterine lining gets thinner, causing the flow to be lighter or to last fewer days. And when estrogen is high in relation to progesterone (sometimes connected with irregular ovulation), bleeding can be heavier and periods may last longer.

Menstrual irregularities are a normal part of this stage in a woman’s life. If you and your health care provider decide that efforts should be made to regulate your cycles at this time, be aware that while oral contraceptives containing both estrogen and a progestin (a synthetic version of the hormone progesterone) are sometimes prescribed for menstrual irregularities, the use of progesterone or a progestin alone can be an alternative intervention.

Progestin or progesterone can be used to restore decreasing progesterone levels seen when women in perimenopause don’t ovulate regularly or produce less progesterone than they did when they were younger. A clinician can prescribe it to be taken the last 14 days of the cycle. This replaces or augments the progesterone that would normally be secreted in an ovulatory cycle and helps to create a more regular bleeding pattern.

About 25 percent of women have heavy bleeding (sometimes called hypermenorrhea, menorrhagia, or flooding) during perimenopause. Some women’s menstrual flow during perimenopause is so heavy that even supersized tampons or pads cannot contain it. If you are repeatedly bleeding heavily, you may become anemic from blood loss. During a heavy flow you may feel faint when sitting or standing. This means your blood volume is decreased; try drinking salty liquids such as tomato or V8 juice or soup. Taking an over-the-counter NSAID such as ibuprofen every four to six hours during heavy flow will decrease the period blood loss by 25 to 45 percent.

Don’t ignore heavy or prolonged bleeding or unusual fatigue, and see your health care provider if either persists. Your provider can monitor your blood count and iron levels. Iron pills can replace losses and help avoid or treat anemia.

Other medical treatment may include progesterone therapy or one of the progestin-releasing IUDs, which are known to reduce menstrual bleeding. Progestin-releasing IUDs that are available in the United States include Mirena, Kyleena, Liletta, and Skyla. If your health care provider suggests hysterectomy as a solution to very heavy bleeding during perimenopause, ask about other options or get a second opinion. Removal of the uterus is an irreversible step with many effects, and there are usually other options for managing heavy bleeding. (For more information, see When is a Hysterectomy Needed?)

If very heavy bleeding persists despite treatment, your provider should test for other possible causes with imaging and/or possibly a biopsy. (Learn more about the causes of abnormal uterine bleeding as well as the pros and cons of various treatment options.)

Hot flashes are legendary signs of the menopause transition. A woman experiencing a hot flash will suddenly feel warm, then very hot and sweaty, and sometimes experience a cold chill afterward. The heart rate can go up and some women feel an intense sense of dread. In perimenopause women often have hot flashes around their periods. A night sweat is a hot flash that happens while you are sleeping.

About 20 to 30 percent of women don’t have hot flashes or night sweats at all. For most women, hot flashes last for two or three years after the final menstrual period. However, some women continue to experience hot flashes well past menopause. For detailed information on hot flashes and strategies for reducing discomforts, see Hot Flashes and Night Sweats.

While studies have yet to link all the symptoms women experience during perimenopause with changing hormone levels, many women report increased irritability, sudden anger, mood swings, new anxiety and feeling less able to cope. Some research indicates that women who have had depression in the past are more vulnerable to depression in perimenopause.

Many women report being more forgetful, with difficulties remembering names or where they put things. Research suggests that these are short-term problems that resolve after menopause. Many women worry that these memory issues are a sign of dementia, but the two have not been linked in research to date.

For more information on premenstrual discomforts such as mood changes and severe cramps, see Physical and Emotional Challenges Through the Menstrual Cycle.

Some women find that the hormonal changes that begin in perimenopause affect their sexuality. Common complaints include a lack of, or greatly reduced, sexual interest and desire; problems with mental or physical arousal; less vaginal lubrication; and/or less intense orgasms. For more information, see Sexuality and Menopause.

Many women in both perimenopause and postmenopause experience sleep disturbances. Most commonly, a woman will fall asleep without a problem, then wake up in the early-morning hours and have difficulty getting back to sleep. For detailed information on sleep problems and tips for addressing them, see Sleep Disturbances.

As estrogen and progesterone levels decline in late perimenopause and postmenopause, vaginal walls sometimes become thinner, drier, and less flexible and more prone to tears and cracks. This can lead to irritation and difficulties with penetration. For information on how to address these issues, see Dealing with Vaginal Dryness.

No two women’s experiences with perimenopause are the same; each woman follows her own path. To read personal stories as well as more detailed information about the latest research, see the website Women Living Better.

Period Poverty is a Human Rights Issue. Period. by Guest Contributor August 6, 2021 by Hannah Sachs-Wetstone What is period poverty? Let’s talk about period poverty. Period poverty occurs when menstruators cannot access the menstrual products, underwear, and pain medication they need to maintain their menstrual health due to a variety of factors, such…
Stopping Keystone: A Victory for Native Women’s Health by Guest Contributor July 1, 2021 By Hannah Sachs-Wetstone In early June, after more than ten years of conflict, the Keystone XL oil pipeline project was halted by TC Energy, the company behind the project. This is a victory for Indigenous communities and environmental activists. However,…
In the Fight Against HIV, Gendered Assumptions Have Deadly Consequences by OBOS August 19, 2021 By Charlotte Babbin In October 2019, the FDA approval of the new HIV-prevention drug Descovy was met with great excitement by doctors, HIV researchers, and many people at risk of HIV infection. Descovy functions as a pre-exposure prophylaxis (PrEP), medicine…
© 2022 Our Bodies Ourselves. All Rights Reserved.
Crafted by Cornershop