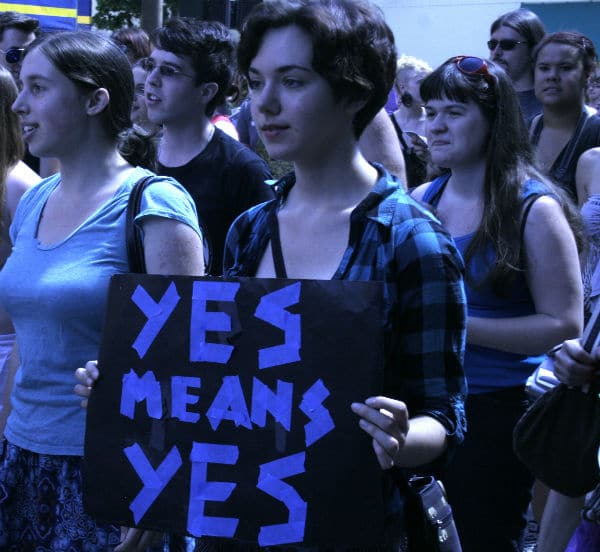 Ed. note: The powerful, candid essays in “Yes Means Yes: Visions of Female Sexual Power and a World Without Rape” have transformed the way we think about women’s sexuality. Jaclyn Friedman, “Yes Means Yes” co-editor with Jessica Valenti, explains the meaning behind the movement. 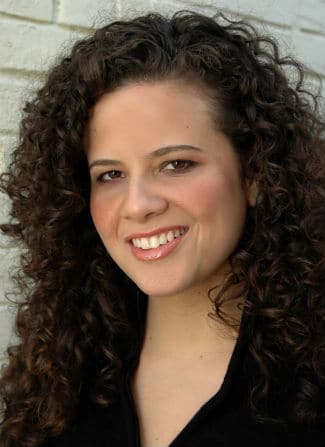 Where “no means no” suggests that, in the absence of your partner clearly objecting, you can do whatever you want, the principle of enthusiastic consent says that you shouldn’t do anything that your partner isn’t actively excited about (or at least excited to try). And if you can’t tell if your partner is enthusiastic, then ask.

There are numerous reasons for this shift. While “No means no” popularized the idea that women’s sexual boundaries must be respected (sad to say, a major accomplishment), it also inadvertently supported the pervasive cultural assumption that women only want to say “No” to sex.

It also created room for rapists to claim “She didn’t say no” as a valid defense, if the woman assaulted hadn’t verbally protested due to shock, fear, intoxication or any other reason. 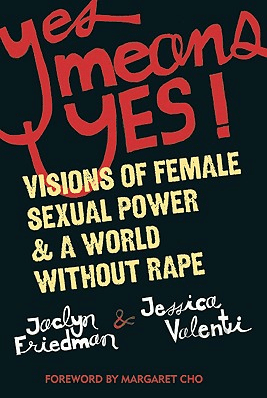 Enthusiastic consent clears up this confusion, and in cases of sexual assault puts the onus on the accused to prove the victim was freely consenting, instead of asking the victim to prove she objected strenuously enough.

It also challenges the idea that women don’t want sex, by assuming that any sexual interaction requires the enthusiasm of all parties involved, regardless of gender.

Like most things, enthusiastic consent is more complicated in practice than it is in principle. Because we still live in a world that punishes women for having too much or the wrong kind of sexual desire, many women feel uncomfortable expressing enthusiasm for sex, even when they very much want a sexual interaction.

Still, enthusiastic consent has the potential to transform the way we think about and engage in sex for the better: by fostering direct, open communication about consent and pleasure, by reinforcing the idea that women can be plenty enthusiastic about sex on their own terms, and by creating a culture in which the only good kind of sex is the kind of sex that’s actively good for everyone involved.

Stopping Keystone: A Victory for Native Women’s Health by Guest Contributor July 1, 2021 By Hannah Sachs-Wetstone In early June, after more than ten years of conflict, the Keystone XL oil pipeline project was halted by TC Energy, the company behind the project. This is a victory for Indigenous communities and environmental activists. However,…
Period Poverty is a Human Rights Issue. Period. by Guest Contributor August 6, 2021 by Hannah Sachs-Wetstone What is period poverty? Let’s talk about period poverty. Period poverty occurs when menstruators cannot access the menstrual products, underwear, and pain medication they need to maintain their menstrual health due to a variety of factors, such…
Spreading the Word about Medication Abortion Via the Mail: An Urgent Priority for 2022 by OBOS May 5, 2022 By Aziza Ahmed and Timothy RB Johnson Our Bodies Ourselves is a long-time supporter of greater access to medication abortion via the mail and outside the formal medical system. This includes greater use of “self-managed abortion with pills” (defined as…
© 2022 Our Bodies Ourselves. All Rights Reserved.
Crafted by Cornershop