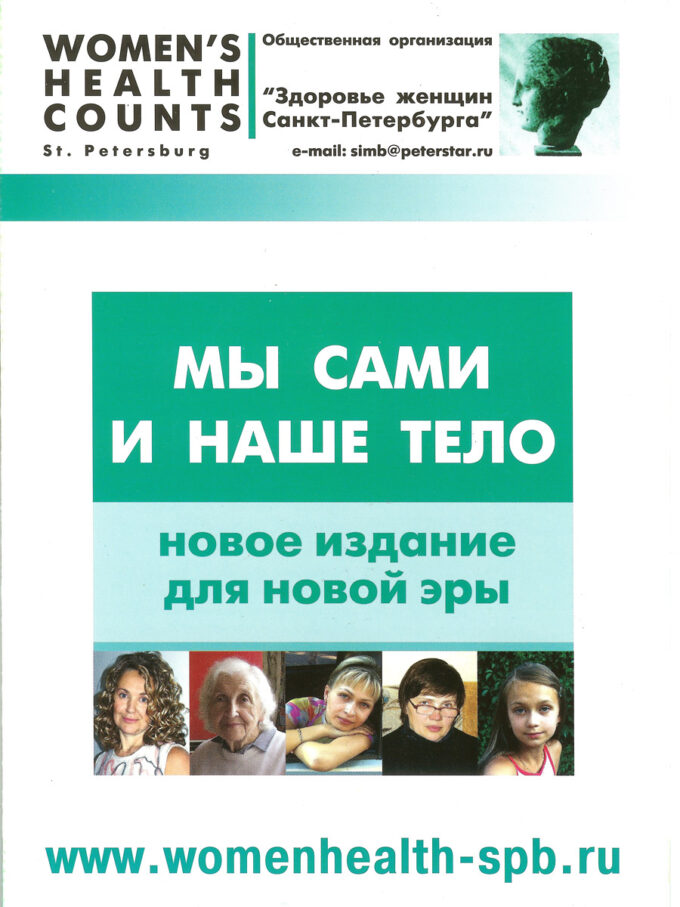 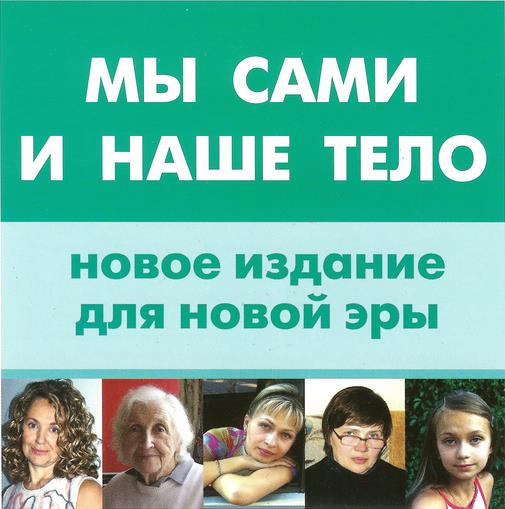 Translation: Our Bodies, Ourselves: A New Edition for a New Era

The group, Women’s Health in St. Petersburg, published a Russian adaptation e-book of “Our Bodies, Ourselves” in 2007.

Presented in eight sections, the topics cover the content in the 2005 U.S. edition of “Our Bodies, Ourselves”: caring for oneself; relationships and sexuality; sexual health; reproductive choice; childbirth; growing older; diseases and treatments; and the power of knowledge.

The book features culturally relevant graphics and information, including content on laws, annotations from health experts, and diagnostic and treatment procedures used in the Russian health system. 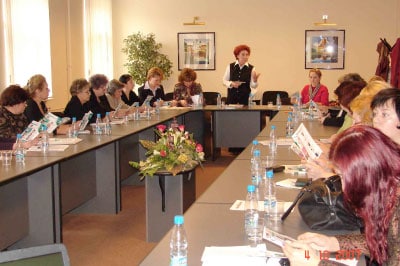 OBOS Project Coordinator Lidia Simbertseva facilitating a conversation on women’s health and the Russian adaptation of “Our Bodies, Ourselves” with community allies. / Photo courtesy of Women’s Health in St. Petersburg

Founded in 1993, the organization reaches millions of women and girls, as well as medical and mental health professionals, policy and decision makers, and NGO representatives.

The organization has contributed articles to “AIDS, Sex, Health,” published since 1991 and distributed in all countries that were part of the former Soviet Union. The periodical is supported by UNAIDS, EUROWHO, and USAID and has received awards from UNICEF and the Russian Ministry of Health for AIDS prevention.

WHSP is also credited with helping to organize the first Family Planning Center in Russia, training staff on reproductive options, and establishing youth clinics in St. Petersburg staffed by teachers and medical professionals. These clinics have used the Russian adaptation of “Our Bodies, Ourselves” as a primary resource.

Beyond Russia, the organization collaborates with individuals and groups in post-Soviet states. It also works with organizations in Denmark, Finland and Sweden, including the Department of Gynecology and Obstetrics at the Southern Hospital of Stockholm; Stockholm Centre for Public Health; Federation of Mother and Child Homes and Shelters; Multicultural Women’s Association; WHO Collaborating Centre for Healthy Cities and Urban Health in the Baltic Region; National Research and Development Centre for Welfare and Health; and Family Federation of Finland.