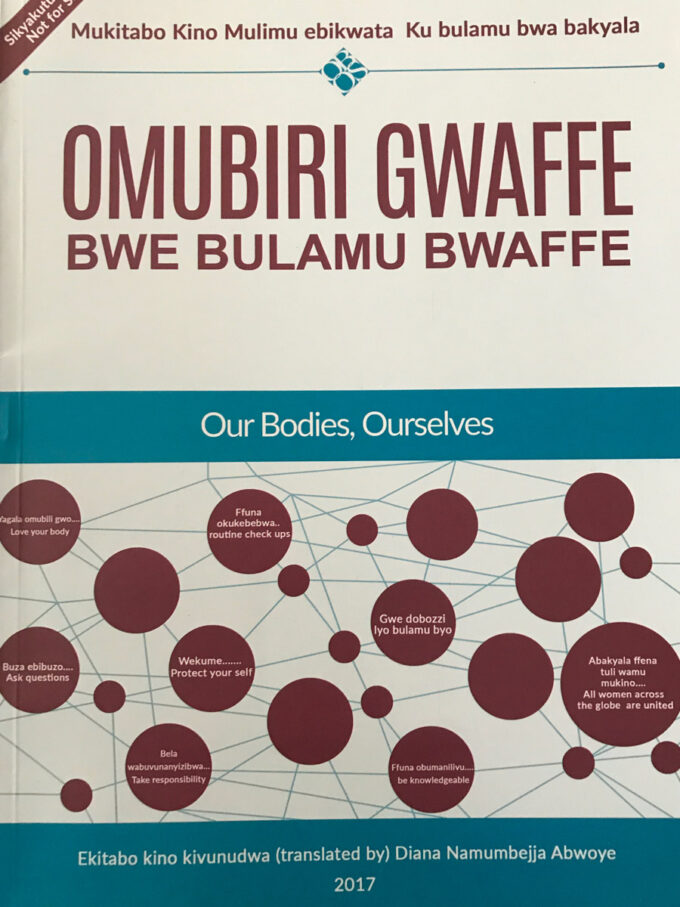 Translation: Our Bodies Ourselves

OUR BODIES, OURSELVES PROJECT

In 2017, a Luganda adaptation of several chapters of “Our Bodies, Ourselves” was published for women in Uganda. The chapters were adapted by Diana Namumbejja Abwoye, a Ugandan woman who is now a nurse practitioner in Boston. Editor Florence Namukabya and reviewer Laureen Ndagire also contributed.

Based on the 2011 U.S. edition, the Luganda book covers topics related to identity, relationships, sexuality, birth control, safer sex, pregnancy and birth. These topics were selected because of their direct – and critical – impact on women’s lives in Uganda. 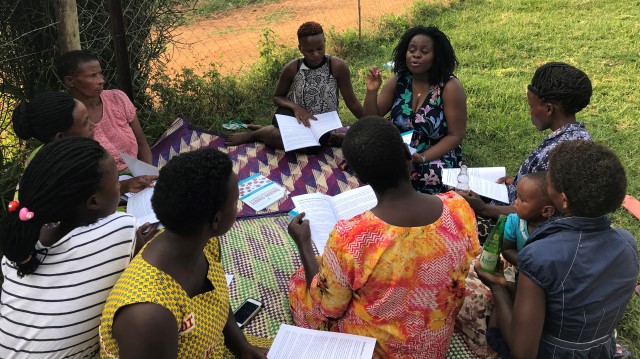 Diana Namumbejja Abwoye, facing the camera, and a group of women in Masaka, Uganda discuss the Luganda edition of “Our Bodies, Ourselves” in December 2017. Photo: Alan Roy Abwoye

Namumbejja Abwoye explains the need for this information: “Through my experience both as a Ugandan girl growing up and in my work with Ugandan women, I know these are the issues that women and girls face daily…. Culturally, women do not discuss sexuality, sex, and birth control with their daughters. Daughters who are lucky will discuss it with their paternal aunts. This book is intended to be a go-to resource.” 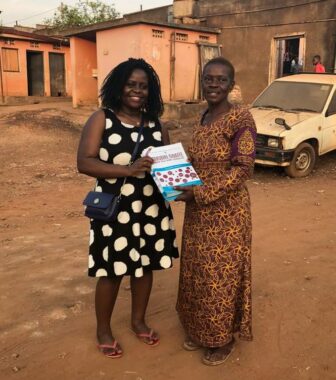 Diana handing copies of the Luganda translation to a leader of a small women’s group in western Uganda. Dec 2018

Available for free in the community, the book is mainly distributed via hair salons, women’s groups and clubs, and market places. It is also available online and used extensively by Namumbejja Abwoye in her ongoing work to increase access to health and sexuality information among teen and HIV positive mothers in Uganda.

In November 2017, Namumbejja Abwoye spoke with OBOS about how the original book changed her life and propelled her to develop a Luganda edition for her country. Read the blog.

HOW TO OBTAIN COPIES