Menu
Home > Our Story > Our History > How it Came to Be: Remembering the 1969 Female Liberation Conference 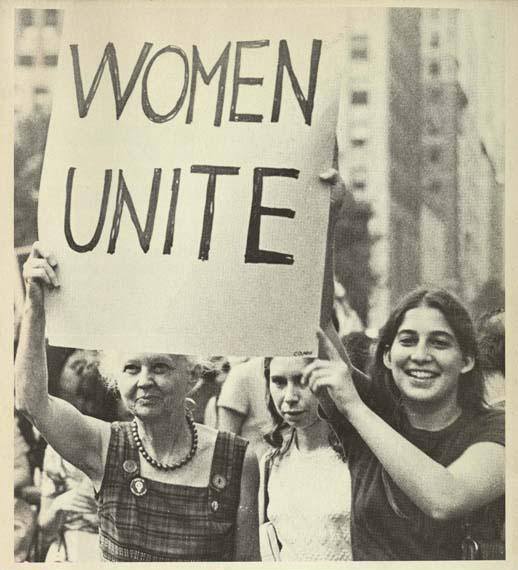 How it Came to Be: Remembering the 1969 Female Liberation Conference

In May of 1969, as the women’s movement was gaining momentum and influence in the Boston area and elsewhere around the country, a group of women met at a female liberation conference at Emmanuel College. In a workshop on “Women and Their Bodies,” they shared information and personal stories and discussed their experiences with doctors. The group went on to create “Women and Their Bodies,” the forerunner to “Our Bodies, Ourselves.”

Many people have asked us about the conference and how it came about. Barbara Deck, a student at Emmanuel College at the time and one of the conference organizers, shares her memories below.

Schedule for the 1969 Female Liberation conference, as listed in the May 9, 1969 edition of The Emmanuel Focus (click for a larger image)

In May of 1968 I was a junior at Emmanuel College, a Catholic women’s college in Boston.  I had been majoring in sociology.  I successfully ran for student government vice-president on a Student Power ticket and our small office was covered with slogans from Mao and Marx.  By then my Emmanuel friends and I had gone to many teach-ins, attended many demonstrations including the [1967] March on the Pentagon, and started an SDS [Students for a Democratic Society] chapter. We seemed to be organizing and writing nonstop.

I was young — just turning 21 in September of my senior year — and relatively sheltered.  Our teachers, sisters from the order of Notre Dame, were social justice oriented nuns, many of whom had fought tirelessly for civil rights. The head of the sociology department, Sister Marie August Neal, had a doctorate from Harvard in Social Relations, a field where few women — and probably no nuns — had succeeded.  She had marched in Selma and successfully advocated to change the international mission of her order of nuns to ending racism and eliminating poverty, and had led a movement for the white nuns in her order to leave the white schools in South Africa and set up schools for the black students.

In the spring of 1969, Vernon Grizzard, one of the anti-war activists my group of friends knew, told us about his friend Roxanne Dunbar, who had a powerful analysis of female oppression.  Unless we focused on a female liberation revolution, she argued, the liberation of females would never be automatically included in any sort of revolution.  (She used the term female rather than woman, since we were female our entire lives, at every age.)  She and several other women had constituted a group they called “Cell 16” and started a journal called No More Fun and Games. They advocated a serious study of self-defense and working full time for a female revolution. They were practicing Tae Kwon Do and using it as a contradiction to internalized sexism.

It is almost impossible to recapture how powerful these thoughts were at the time — that we could actually be strong and defend ourselves, punching and kicking fiercely with great discipline; that rather than being an “add on” to a class revolution, women should be central. And as far as relationships went, the tenor was proud and honorable celibacy.

The analysis also called out the sexism in the New Left.  This was a life-changing thought for me.  I had gotten caught up in a relationship with a man in the New Left and for the first time started understanding that what was going on was sexist.

We heard that Roxanne’s group and other feminist groups were looking for a location to have a conference, the New England Regional Female Liberation Conference.  We offered Emmanuel College as a possible location and then checked with our administration.  The Notre Dame administration agreed to our having the conference at Emmanuel.  In all fairness, they probably did not understand at the time what was about to happen — but then, that was true of most of us.  (At the time I started Emmanuel as a freshman in 1965 we were not allowed to wear slacks to class or on campus during the day.  We had early curfews.  The school policy was to discourage married students because they would talk to the other students about sex.  By the time I left that had all changed.)

We had to fill out a request to use the campus for the conference and it had to be signed by an officer of student government.  As vice-president, I signed the request. Other students worked with the conference organizers — who did all the work — to schedule the gym for karate demonstrations, designate rooms for workshops, and work out snacks and lunch.

In the May 9, 1969 edition of Focus, the Emmanuel student newspaper, the conference was announced with the headline “Liberation Conference” among other events of the week: Mary Daly speaking on “The Church and Women”; a lecture on “How Women Oppress Themselves;” and welfare mothers speaking in the Student Lounge.

Here is the opening announcement of the conference from the college’s newspaper, The Emmanuel Focus:

Saturday, May 10, and Sunday, May 11, the New England Regional Female Liberation Conference will be held at Emmanuel. Continuing over the two days the conference will entail workshops for women in the mornings and afternoons, and movies and discussions for men and women in the evenings. Any Emmanuel people interested in the liberation of the female are urged to attend as much of this conference as possible.

(Click here to see a PDF of the original newspaper.)

On Saturday , May 10, the conference opened with a Tae Kwon Do demonstration in the gym, and on Sunday, May 11, there among the workshops, at 10 a.m. – 12 noon, was “Women and Their Bodies” — the history-making beginning of the group that would become Our Bodies Ourselves.

Over 500 women attended the conference, many more than anyone expected. That summer the women of the “Women and Their Bodies” workshop organized, researched, and put together the first stapled, newsprint edition of “Women and Their Bodies,” the forerunner to “Our Bodies, Ourselves.” By early fall 1969, Bread and Roses [an early women’s liberation group] formed, and the explosion continued.

On a very personal note: I had spent Saturday, May 10 — the first day of the conference — at my brother’s wedding in West Hartford, explaining to anyone who would listen what an oppressive institution marriage was. I hopped an early bus on Sunday to be back for as much of the conference as possible. I had a long talk at the conference with a woman affected by the sexism of the same man I had been involved with, and made the decision then and there to prioritize myself and other females and end the relationship. I joined a Tae Kwon Do class taught by Jayne West of Cell 16, wrote an article for No More Fun and Games and, like everyone else there, was changed forever.