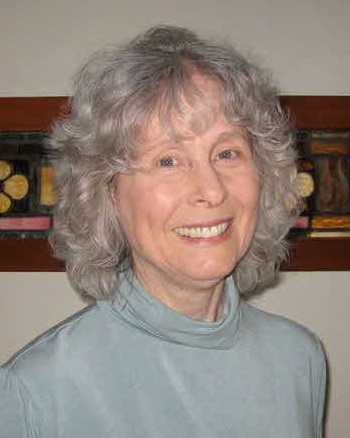 Pamela Berger, a founding member of Our Bodies Ourselves, contributed to the early editions of Our Bodies, Ourselves, up until the 1980s, most importantly to the chapter on alternative modes of healing.

She went on to write and produce Sorceress, a feature film about a medieval woman healer who was accused of being a heretic. She later wrote, produced and directed two other feature films, The Imported Bridegroom and Killian’s Chronicle (aka The Magic Stone).

Since 1974, Pamela has been a professor at Boston College, where she teaches art history and film. One of her books, The Goddess Obscured, looks at how the goddess of seeding and sowing was transformed into a female saint in the imaginations of peasants in the Middle Ages.

Her most recent book, The Crescent on the Temple, shows how the Muslim Dome of the Rock was used as the image of the ancient Jewish Temple in Christian, Muslim, and Jewish art.

She and her husband, Alan, have two grown children and two granddaughters. Pamela values the friendship she shares with the other founding women of the Our Bodies Ourselves collective.