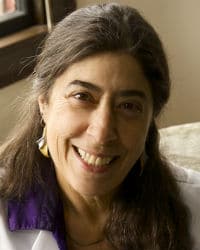 Alice Rothchild is a Boston ob-gyn who has been active in the women’s movement since the early 1970s, when she worked on the first “Our Bodies, Ourselves” and joined her first consciousness raising group.

She also became involved in the health care reform movement and is a longtime member of Physicians for a National Health Program. She currently is focused on the Israel/Palestine conflict and co-organizes health and human rights delegations to Israel/Palestine through American Jews for a Just Peace. She is also active in Jewish Voice for Peace Boston.

Alice has written and lectured extensively, published “Broken Promises, Broken Dreams: Stories of Jewish and Palestinian Trauma and Resilience” (2007, second edition 2010), which was translated into Hebrew and German. She released a documentary film, “Voices Across the Divide,” in 2013 and co-won the Audience Award 2013 at the Boston Palestine Film Festival.