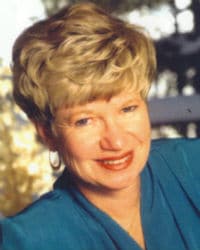 Beverly Whipple, a certified sexuality educator, counselor and researcher, is the co?author of the international bestseller “The G Spot and Other Discoveries About Human Sexuality.”

She has co-authored six additional books, appeared on more than 300 radio and TV programs, been featured in hundreds of magazines, delivered more than 800 talks, and published more than 180 research articles and book chapters.

Beverly is the recipient of more than 115 awards, including the Gold Medal from the World Association for Sexual Health. In 2013, “El Centro de Investigacion en Sexologia: Dr. Beverly Whipple,” a scientific research center in Puebla, Mexico, was inaugurated.

She is a fellow of the Society for the Scientific Study of Sexuality and a Fellow in the American Academy of Nursing. The New Scientist named her one of the 50 most influential scientists in the world. She is also a professor emerita at Rutgers University in New Jersey.