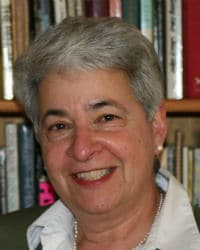 Carole Joffe is a professor at the Bixby Center for Global Reproductive Health in the Department of Obstetrics, Gynecology and Reproductive Sciences at the University of California, San Francisco.

She is also professor emerita of sociology at the University of California, Davis, where she also taught in the Women and Gender Studies program.

In 2013, she was presented with the Lifetime Achievement Award by the Society of Family Planning. In 2010, she was named the Irwin Kushner Lecturer by the Association of Reproductive Health Professionals.

Carole has written widely on reproductive health services and politics for both academic and general audiences. Among her books are “Doctors of Conscience: The Struggle to Provide Abortion before and after Roe v Wade (1996)”; “Dispatches from the Abortion Wars: The Costs of Fanaticism to Doctors, Patients and the Rest of Us” (2010); and “The Regulation of Sexuality: Experiences of Family Planning Workers” (1986).