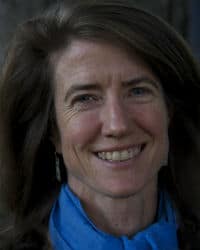 Elise Miller is director of the Collaborative on Health and the Environment (CHE), an international partnership established in 2002.

She serves on the boards of several national nonprofits and was a member of the U.S. EPA’s Children’s Health Protection Advisory Committee 2007-2011.

In 1999, Elise founded the national Institute for Children’s Environmental Health (ICEH) and served as its executive director for 10 years. She was also the founding executive director of the Jenifer Altman Foundation, a small private foundation in Northern California, from 1993 to 1998.

She received her Master of Education from Harvard in 1992 and her bachelor’s degree from Dartmouth in 1985.