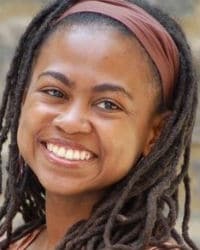 Jamia Wilson, a feminist media activist, is the executive director at Youth Tech Health, after serving as the TED Prize Storyteller.

She is the former Women’s Media Center vice president of programs and has worked at Planned Parenthood & Planned Parenthood Action Fund. Refinery 29 named her one of the “17 Faces of the Future of Feminism,” and Ms. blog listed her as a #SmartFeministofTwitter.

Her words and works have been featured in BBC, CBS, Forbes, GOOD, Rookie Magazine, Slate, Salon, Ms., TED.com, New York Magazine,Today, the Washington Post, and more. She is also a contributor to the anthology “Women, Spirituality, and Transformative Leadership”; “Rookie: Yearbook One” and “Rookie: Yearbook Two”; “Madonna and Me”; and “I Still Believe Anita Hill.”