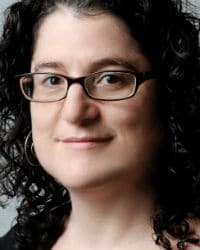 Lisa Jervis is the founding editor and publisher of Bitch: Feminist Response to Pop Culture, the founding board chair of Women in Media and News, and a former member of the advisory board of outLoud Radio.

She is the author of “Cook Food: A Manualfesto for Easy, Healthy, Local Eating” (PM Press) and the co-editor of “Young Wives’ Tales: New Adventures in Love and Partnership” (Seal Press) and “Bitchfest: Ten Years of Cultural Criticism from the Pages of Bitch Magazine” (Farrar, Straus & Giroux).

Her current work is in movement-building, as an operations and technology strategist for social justice organizers.