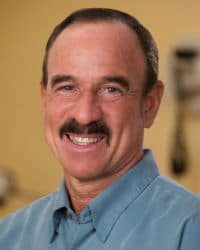 Mitchell Levine is a board-certified obstetrician and gynecologist and a fellow of the American College of Obstetrics and Gynecology.

He received degrees from Yale University and University of Michigan Medical School, and completed a four-year internship and residency at Brigham and Women’s Hospital of Harvard University.

Choosing to reside in the Boston area after completing his residency, he was chief of the Department of Obstetrics and Gynecology at the Deaconess Waltham Hospital and had a private practice for about 32 years before joining the integrative group practice Visions HealthCare. He has focused solely on gynecology since 2002.

Throughout his career, he has been a prominent advocate for holistic and gentler approaches to women’s health care. Known for his expertise in alternatives to hysterectomies and treatment of fibroids, he views each of his patients as a whole person, and brings this holistic understanding to his practice.