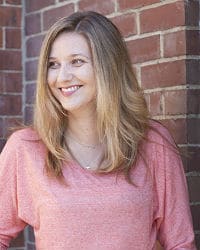 Stacey May Fowles is a writer and magazine professional living in Toronto.

Her first novel, “Be Good,” was published by Tightrope Books in 2007, and in 2008 she released an illustrated novel, “Fear of Fighting,” and staged a theatrical adaptation of it with Nightwood Theatre. The novel was later selected as a National Post Canada Also Reads pick for 2010.

Her writing has appeared in various magazines and journals, including The Walrus, Maisonneuve, Quill & Quire, Elle Canada, and Hazlitt. She has been anthologized in “Nobody Passes: Rejecting the Rules of Gender and Conformity”; “Yes Means Yes”; and PEN Canada’s “Finding the Words.”

She co-edited the anthology “She’s Shameless: Women Write About Growing Up, Rocking Out and Fighting Back,” and her latest novel, “Infidelity,” was chosen as an Amazon book of the year.

She is a regular contributor to The National Post, and currently works at The Walrus.