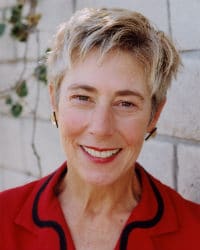 Her research and teaching on the governance of the body — the management of populations, clinical biomedicine, and global health – have always centered on the politics of women’s health. She is the author of three books on China’s one-child policy: “Governing China’s Population: From Leninist to Neoliberal Biopolitics” (with E. A. Winckler), “Just One Child: Science and Politics in Deng’s China,” and “Cultivating Global Citizens: Population in the Rise of China.” In her most recent book, “Fat-talk Nation: The Human Costs of America’s War on Fat,” Greenhalgh argues that the war on fat, launched to rescue America from obesity-induced national decline, is producing not national healing but rather widespread trauma at the individual and societal level.

In early 2016, Greenhalgh was named a fellow of the John Simon Guggenheim Memorial Foundation. During her 2016-17 tenure, she will be writing a book and speaking about these issues as well as working on a Chinese translation of “Fat-talk Nation.”