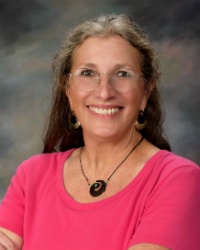 Vicki Ratner, M.D., is the founder and president emeritus of the Interstitial Cystitis Association (ICA). Dr. Ratner was catapulted into action when, as a medical student in 1983, she came down with an intolerably painful and debilitating bladder condition and was told by fourteen physicians that the problem was all in her head. She was advised to quit medical school and get married.

Dr. Ratner went, instead, to the library and discovered the article that led to the diagnosis of her condition – interstitial cystitis. Then began the long road of grassroots organizing to get the medical community to take this disease seriously and direct research funds to it. She was the ICA’s guiding force for almost 25 years before retiring in 2008.

Her fight for recognition and research on women’s health has made Dr. Ratner a well-known advocate and earned her wide media coverage. She has made appearances on Good Morning America and CNN, and has been featured in such publications as U.S. News and World Report, The New York Times, The Washington Post, and numerous women’s magazines.