Menu
Home > Publications > Our Bodies, Ourselves 2011 > Writing the Relationships Chapter: How a Conversation Became the Text

Writing the Relationships Chapter: How a Conversation Became the Text 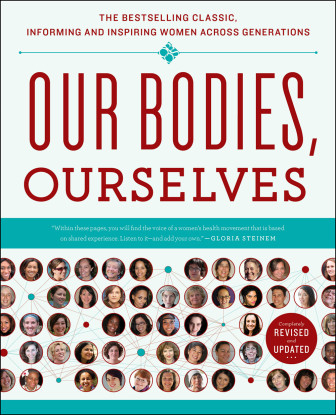 When putting together the 2011 edition of “Our Bodies, Ourselves,” we — the editorial team — knew we didn’t want to write a Relationships chapter that told readers relationships require work, or being by yourself is OK, really! We wanted to offer something more real — and useful.

Our Bodies Ourselves was founded by 12 women who gathered in person to discuss their bodies, health and sexuality. We thought about how we could recreate the intimacy of those discussions without limiting it to a group of women in a particular city and decided to post a call on the OBOS blog to see if anyone would be interested in taking part in a private, online conversation about sex and relationships.

We weren’t sure of what to expect, but we soon received hundreds of emails, most from within the United States but others from as far away as Australia. We quickly realized there was no way we could stick to our original plan of organizing a discussion among a dozen or so women. This was going to be bigger.

We ended up with 37 participants, ranging in age from 18 to 63. They identify as straight, lesbian, bisexual, asexual, married, single, monogamous, polyamorous. Some women described themselves as cisgender or transgender. Each brought a perspective and/or experience to the discussion that we thought would encourage good conversation.

It is still difficult for many women to speak honestly about life’s complexities, ambiguities and contradictions.

The participants introduced themselves on a password-protected Google site we set up just for this conversation, and then they took off, enthusiastically answering questions we posted about love, sex, cultural pressures, family expectations, power differences within relationships, sexual violence, representations of couples in popular culture — you name it.

They also came up with their own questions and left comments on each other’s posts that were heartbreaking in their honesty and wisdom. It felt, truly, like a conversation.

One month later, we had hundreds of pages of text and comments that needed to be condensed to 20,000 or so words. We read through everything, highlighting sections that worked as part of a chapter narrative and making notes about which responses could be used in other chapters (the short personal stories you see throughout the book) along with other submitted stories.

We then showed the chapter draft to the participants to ensure their stories had been condensed accurately and sensitively — and that no details were included that could identify them or other people.

Blogs, social media and a more confessional culture in general have made it easier for people to discuss their lives in semi-public or public forums. Yet it is still difficult for many women to speak honestly about life’s complexities, ambiguities and contradictions. The participants were eager to open up and connect with each other, and we are forever grateful to them.

Many of the applicants said that reading “Our Bodies, Ourselves” over the years, particularly the personal stories, had helped them to grasp that they were not alone in having questions or concerns. They wanted to give back, in a way, and take part in a tradition. Including conversations is now part of that tradition.

Read excerpts from the Relationships chapter:

You can also read Anna J. Cook’s reflection on taking part in the conversation.